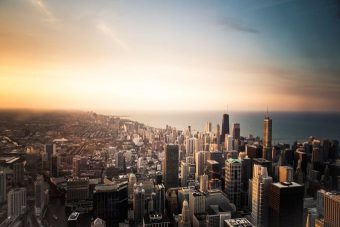 Chicago is set to become one of the largest cities in the world to switch its street lighting infrastructure to LEDs, after officials confirmed plans to replace 85 per cent of its street lights with energy-saving alternatives over the next four years.

The scheme, which began last year, is estimated to cost $160m. However, it is also slated to deliver major energy costs to Chicago City Council.

Manufacturers of LEDs typically claim the technology can curb energy use by between 60 and 80 per cent, delivering returns on investment in two years or less.

The roll out will also include a smart grid that indicates when a light is not working, so that residents no longer have to report faults.

“This project is a win-win – it will deliver one of the largest lighting modernisation programs in the country while addressing one of the top reasons residents call 311,” said Chicago Mayor Rahm Emanuel, referring to the number used by residents to make a complaint to the council.

“Under this proposed project we will be delivering modern, reliable and high-quality lighting that will improve quality of life in every Chicago neighbourhood,” he added in a statement.

The move is part of a global trend that has seen a growing number of city authorities around the world switch to LEDs in a bid to cut costs and carbon emissions.