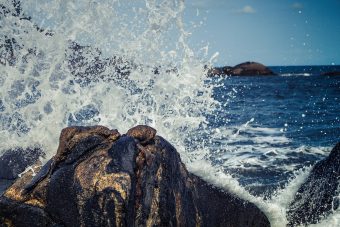 Wave Hub is a wave power test site connected to the grid, and in 2014 CWE received a berth at the test site to install their wave energy technology. The money from ERDF will enable CWE to start the first phase of their Wave Hub project and generate one MW of energy with a CETO 6 wave power converter device. CWE aims to commission the converter in 2018, and then the device will operate for one year. They hope to begin the project’s second phase in 2020 or 2021, ultimately implementing a 15 MW commercial array.

According to CWE, their technology is a superb match for Wave Hub. In a statement they said, “Cornwall’s Wave Hub is the world’s largest and most technologically advanced site for the testing and development of offshore renewable energy technology. CWE is the only company in the world to have operated a grid-connected wave energy project over four seasons.”

Not only do CETO devices convert wave power into “zero-emission electricity,” according to CWE, they also desalinize water. CWE has worked on their CETO technology for more than a decade.