Global carmakers are among the leading opponents of action on the climate crisis, according to exclusive analysis of the way major corporations frustrate or undermine initiatives to cut greenhouse gases. 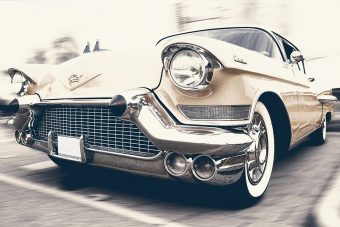 The research for the Guardian reveals that while the automotive industry releases public statements that support climate initiatives, such as increased electrification, it has been pouring millions of dollars through industry bodies into lobbying efforts to challenge attempts to tackle global heating in the past four years.

This is despite repeated warnings that the planet is in the grip of a global climate emergency.

The study was undertaken by InfluenceMap, an independent research group, as part of the polluters project.

The evidence was gathered by assessing each company’s size and lobbying activities. Researchers assessed tens of thousands of statements, policy announcements and lobbying campaigns by the 250 biggest investor-owned industrial corporations and trade associations.

InfluenceMap used a definition of what constitutes lobbying drawn from the UN-backed Guide For Responsible Corporate Engagement in Climate Policy.

The research revealed that since 2015, Fiat Chrysler, Ford, Daimler, BMW, Toyota and General Motors have been among the strongest opponents of regulations to help countries meet the 1.5C warming limit in the Paris agreement.

In the four years since then, lobbying from the car industry in the US and Europe has attempted to block, delay and frustrate initiatives to regulate and reduce emissions from the transport sector – which is responsible for 15% of the world’s greenhouse gas emissions – and slow the move to electric vehicles, the report says.

Edward Collins, author of The Carbon Policy Footprint, said: “Corporations have a profound impact on the climate change agenda not only through physical emissions but through influencing of the climate change policy agendas being introduced by governments around the world.

“The sector has dug in hard to dampen rising vehicle emissions and fuel economy standards. Through their lobbying, auto companies have delayed the transition of a sector that sucks up a huge proportion of oil demand globally.”

The Guardian contacted all the named car companies and their responses are set out here. Most said they were committed to reducing emissions and moving their fleets to lower-emission models but the transition had to take into account other factors including market realities, customer preference, and infrastructure development.

Ford denied it was pushing for a rollback of emissions standards in the US. It pointed to its recent agreement with California to increase gas mileage standards and reduce emissions.

InfluenceMap identified 33 corporations as the strongest opponents of action to reduce climate change. Six of them were car companies, and the rest primarily oil and gas companies as well as energy firms.

The lobbying efforts are revealed as countries increasingly set targets to phase out new sales of cars with internal combustion engines – the Netherlands and Norway by 2025, Germany, India and China by 2030, and France and the UK by 2040.

The influence exerted by the car companies is fronted and aided by industry groups including the US-based Automotive Alliance, as well as Europe’s ACEA (European Automobile Manufacturers’ Association) and the VDA (German Association of the Automotive Industry). These groups all have senior figures from the big car companies on their boards of directors.

Fiat Chrysler was ranked most oppositional to climate change regulations and initiatives, Collins said. The company is a “key player” in the industry’s efforts to weaken US clean car standards, known as CAFE standards, set by Barack Obama, which would almost double the fuel economy of vehicles to an average of 54 miles per gallon by 2025.

Fiat Chrysler has supported a review of the CAFE standards being considered by the president, Donald Trump. Its late CEO, Sergio Marchionne, said last year he was “fully supportive” of the administration’s efforts to revise the standards.