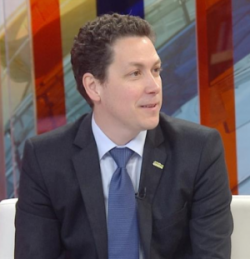 Traffic belongs to major air pollutants, and selection of the mode of transport is considered as one of the main factors of influence. We all have the opportunity to make that choice. At the same time, many countries in the world are recording a decreasing number of cars on the streets, which was additionally impacted by the current crisis caused by COVID-19 virus epidemic together with the benefits in the form of subsidies for the purchase of electric vehicles. Since it is estimated that every third vehicle in the world will be a hybrid or electric by 2025 and that China will be the market leader by 2040 with 14.5 million of such vehicles, we were interested in our status regarding the development of electromobility. We directed our questions concerning the investment in sustainable modes of transport in our country as well as the maintenance of the healthy environment and public health to Ivan Karic, the State Secretary of the Ministry of Environmental Protection.

EP:How far have we come with regards to the development of new modes of transport and the introduction of electromobility in particular?

Ivan Karic The traffic in big cities, especially during the socalled rush hours is without a doubt a significant contributor to air pollution, even though it is a fact that the primary sources of air pollution in Serbia remain the energy sector and the industry that uses fossil fuels. All modes of transport, whether individual or collective, whose propulsion is not based on fossil fuels, could contribute to a betterquality of ambient air. The decreasing number of cars on the streets during the COVID-19 crisis unequivocally contributed to better air quality in all world capitals.

Electromobility is becoming a necessity, and the Government of the Republic of Serbia is making an effort to promote the development and use of hybrid and electric vehicles, as well as the construction of the supporting infrastructure. As part of the implementation of measures for air quality improvement and with the aim to improve the quality of the environment, our government has passed a Decree which directly encourages the use of an environmentally friendly mode of transport. The right to a subsidised purchase of vehicles for legal entities and individuals has been prescribed by law. Subsidies apply to mopeds, light tricycles, motorcycles, passenger vehicles with a maximum of nine seats and light trucks. All this can be found on the website of the Ministry of Environmental Protection.

The plan is to encourage innovation, particularly on the subject of urban mobility, as well as the development of new models of intercity transport for passengers and goods. I would say that river and railway transport have been neglected in recent decades, and not only in our country, but it is one of the initiatives of the European Green Plan. The construction of the railway to Budapest and the connection with Thessaloniki, on which the government is working intensively, will undoubtedly make a significant contribution to the reduction of carbon emissions, especially in the zone of Belgrade-Nis motorway, one of the vital Balkan roads.

EP: Is there a plan to draft new regulations on incentives, particularly the cofinancing the purchase of electric vehicles?

Ivan Karic I am sure that in the coming period, we must contemplate new regulations that would include a wide range of hybrid and electric vehicles, as well as fuel cell vehicles. They need to include buses, trucks and other vehicles that are already widely used in Europe. Such incentives are favourable for the economy, business and affect the air quality, which is of major significance. Imagine what it would mean for public companies and city public transport to switch to alternative propulsion systems. How much savings it would bring to the business, and above all how much the air quality in the most polluted city streets would improve. Not only that but what is most important to me personally, is how much it would reduce the number of respiratory and other diseases, especially with children. I want to emphasise that the future must be without fossil fuels, and I am satisfied that Serbia is already preparing for that transition. 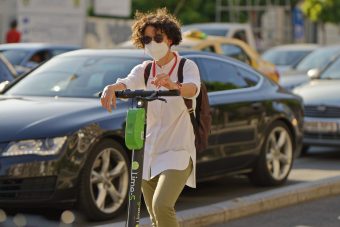 The use of bicycles and walking is not only environmentally friendly but also a health matter of much more significance. Every individual within a society should be able to recognise the importance of protecting their health status. It can be achieved with mobility, physical activity, by walking, cycling or using public transport.

In order to achieve the goals of cycling mobility development in urban and rural areas, the Republic of Serbia has planned a significant number of bicycle paths, the socalled “bicycle streets”, keeping in view the increasing number of electric scooters. The promotion of cycling in the mountains of southwestern Serbia aims to present the landscape diversity, unique multicultural heritage and the original local population, colourful and attractive local customs, which are interesting to visitors, all with the desire to discover the unexplored landscapes and experiences and not just as mere tourists. This is indeed a specific type of economic development, and many countries have adopted a serious approach towards it. For us, the environmentalists, the improvement of health status that comes with it is equally important.

Within the principles of the circular economy, we should certainly think about mass purchases of bicycles through subsidies. From the remuneration for pollution from exhaust emissions from vehicles on fossil fuels, we should not only finance the purchase of bikes but also encourage their domestic production. We still remember factories and companies where people came to work exclusively by bicycle, and most of them were domestically produced. I am a great advocate of the safe return of bicycles to the streets of Serbian towns and villages, and I, myself very often use a bicycle as a means of transportation, but also for recreation with my family.

EP: You participated in the establishment of the automatic monitoring station in Obrenovac for twenty-four-hour air qu- ality monitoring and providing real-time information. What do you consider a key element in the fight against air pollution in Serbia? 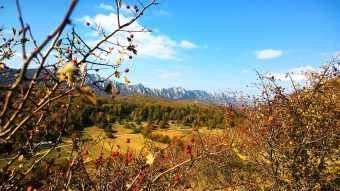 Ivan Karic The Ecology Fund of the Municipality of Obrenovac was one of the first local green funds in Serbia. Fifteen years ago, I was the Deputy Director of the Eco Fund, and I launched an initiative to establish a continuous automatic system for air quality monitoring, primarily dueto poor environmental conditions in this city and the presence of large thermal power plants. I wanted the data to be available to all citizens, in realtime, 24 hours a day. The goal was to deliver complete daily information on pollution, similar to the reports on meteorological conditions, and I am glad that we succeeded in that. I can say that I am proud that we were the sole local government that has been doing that. We were monitoring the content of SO2, PM10, NOx and had an internet connection. After that, the electric power industry invested considerable funds in environmental protection.

I am confident that the installation of air quality monitoring stations across Serbia is the first and most important step, and not only for air monitoring but also surface and groundwater, as well as soil. Accurate and accessible information is the foundation in the fight against pollution, and we are achieving that due to modern technologies. Today, as part of the system which is monitored by the Ministry of Environmental Protection and the Environ- mental Protection Agency, there are more than 50 measuring points, which can be read in realtime. That is still an insufficient number; therefore, it is steadily increasing following the plans for the improvement and expansion of measuring points. After all, it is part of our obligations to meet environmental standards during negotiations with the European Union.