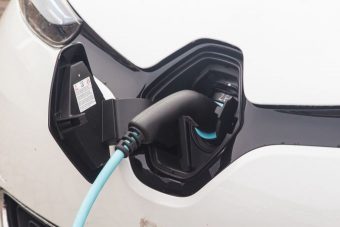 Several of the biggest names in the global car industry have clubbed together to launch plans for an extensive new ultra-fast charging network across Europe, in a bid to encourage the mass-market take-up of electric vehicles.

The joint venture is expected to cost around €1bn in total, according to a report by the Financial Times.

The companies described the agreement as “an important step towards facilitating mass-market battery electric vehicle adoption”.

Announced yesterday, the “unprecedented” joint industry venture aims to roll out an initial 400 charging stations across Europe, but the companies said expansion would continue so customers would be able to access thousands of charging points by 2020.

The aim, they said, is to enable long-distance travel for EV drivers through open-network charging stations along highways and major thoroughfares, which until now has not been possible.

The network is also expected to evolve to “be as convenient as refuelling at conventional gas stations”, according to BMW Group.

“This high-power charging network provides motorists with another strong argument to move towards electric mobility,” Harald Krüger, chairman of the board of management of BMW, said in a statement. “The BMW Group has initiated numerous public charging infrastructure projects over the last years. The joint project is another major milestone clearly demonstrating that competitors are combining forces to ramp-up e-mobility.”

The network is to be based on combined charging system (CCS) standard technology, which delivers “signifcantly faster” charging than current AC and DC standards.
Electric cars capable of accepting the CCS’ 350kW full power charging will be able to recharge – regardless of the car brand – at all of the planned charge stations “in a fraction of the time” compared to today’s EVs, the companies explained.

The CCS standard is compatible with all current and future EVs from the joint venture firms, alongside Fiat-Chrysler and Hyundai.

In the UK, carmaker Nissan has said it expects EV charge points to outnumber petrol stations in the UK by the 2020s, while the government last week announced an additional £390m funding to help build the UK’s position as a ‘leader’ in the adoption of EVs.

Mark Fields, president and CEO of Ford Motor Company, said reliable, ultra-fast charging infrastructure was important for mass consumer adoption and “has the potential to transform the possibilities for electric driving”.

“Ford is committed to developing vehicles and technologies that make people’s lives better, and this charging network will make it easier and more practical for customers across Europe to own electrified vehicles,” added Fields.

As equal partners in the joint venture, the carmakers plan to make “substantial” investments to create the network, although other car manufacturers outside the agreement are also being encouraged to participate in the network to help benefit EV customers.

Commenting on the agreement, chairman of Audi AG’s board of management, Rupert Stadler, said: “With this cooperation we want to boost a broader market adoption of e-mobility and speed up the shift towards emission-free driving.” 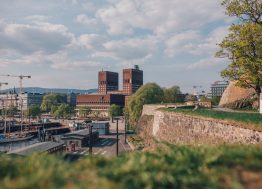