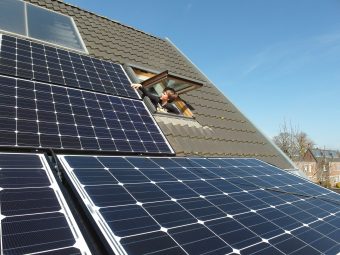 More than half of Member States voted against extending the MIP, in a landmark move that will force the European Commission to look again at its proposals to extend the measures for a further two years.

It is the first time in the EU’s history such a process has been invoked, and the vote sparked delight amongst many solar industry campaigners who have battled hard against the further extension of the controversial tariffs.

The EU introduced the anti-dumping tariffs in late 2013, in response to complaints from European solar manufacturers they were facing unfair competition from heavily subsidised Chinese solar panel producers.

The rules required Chinese manufacturers to honour a minimum import price of €0.56 per watt and annual import quota of up to 7GW. The move was welcomed by some solar manufacturers, but solar installers across Europe argued the tariffs artificially increased the price of solar panels in the bloc by 20 per cent to 30 per cent, landing a further blow on a market struggling to adapt to sharp reductions in subsidies in key markets. They also claimed the policy has done little to aid European manufacturers, who continue to face fierce competition from overseas.

In December 2015, just as the tariffs were set to expire, the European Commission launched a series of reviews into extending the measures, which keeps them in place before a final decision on their future is reached.

But following yesterday’s vote the European Commission can now amend its proposals for MIP extension before calling another vote among Member States in a few weeks’ time.

Oliver Schaefer, president of trade body SolarPower Europe, urged the Commission to “substantially revise its approach” during the appeals process, while James Watson, SolarPower Europe’s chief executive, added that the Directorate General for Trade of the European Commission (DG Trade) must consider the wider context of the industry when redrafting its proposals.

“This decision of the Member States reminds DG Trade that they must be more considerate of the solar jobs and investments that they have threatened across the EU with a proposal to extend these measures,” he said in a statement.

However, the latest vote is likely to face criticism from those solar firms who remain supportive of the MIP policy and maintain that Chinese manufacturers are benefiting from unfair state support.

Last year Milan Nitzschke, president of trade group EU ProSun, alleged that “demanding the termination of the measures is essentially like abolishing doping controls at the Olympic Games”.