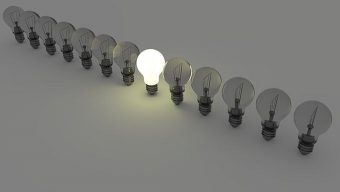 The rules, which California is introducing two years ahead of the rest of the US, effectively outlaws traditional incandescent and halogen designs in favour of greener, more efficient technologies such as Light Emitting Diodes (LED).

The minimum standards – which require every bulb to produce at least 45 lumens of light per watt of energy – are expected to see around 250 million sockets across the state switch to more energy efficient bulbs, a shift which could save consumers $1bn a year in energy bills.

“The minimum standards are difficult to meet with incandescent or halogen technology,” Commissioner Andrew McAllister, the California Energy Commission’s energy efficiency lead, said in a statement. “Ten years ago manufacturers chose to focus on much more efficient products – LEDs and compact fluorescent lightbulbs – to meet consumer needs. The new technology improves the mix of products available to people so that lighting is vastly improved.”

Alongside the new federal standards, California also introduced new standards for LEDs and small-diameter directional lamps, as part of its goal to reduce energy use in home lighting by 50 per cent and cut businesses’ lighting energy use by 25 per cent against 2007 levels by 2018.

Stores in California will be able to sell any remaining stock of old lightbulbs, but will not be able to order any more. The move follows in the footsteps of the EU, which phased out the sale of incandescent lightbulbs in 2012.