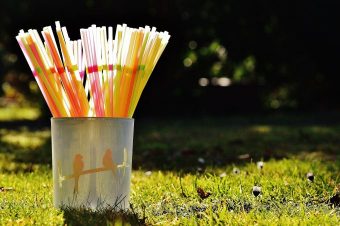 New research has this week estimated that the British public will use almost 300 million plastic straws and cups over the festive party season, with a third of the resulting waste not being recycled.

A survey of over 2,000 people commissioned by Sky as part of its Ocean Rescue campaign found that 84 per cent of consumers are concerned too much plastic packaging is used on gifts, while 69 per cent regard the amount of waste generated over Christmas as ‘unacceptable’.

However, the survey also found widespread confusion over recycling practices over the festive season. It found that 37 per cent mistakenly believe Christmas cards with glitter can be recycled and nearly two thirds incorrectly plan to recycle shiny and glittery wrapping paper.

In addition, the use of single use plastics and wrapping paper is showing no signs of slowing, despite growing concerns over their environmental impact.

Sky’s campaign is urging people to curb their use of single use plastics, check council recycling policies on what Christmas materials can be recycled, and ensure waste is properly separated.

Jodie Kidd, former supermodel and a supporter of the campaign, said: “The stats about how much single-use plastic is used at Christmas are alarming but there are small, simple behaviour changes that can make a big difference. For starters, say no to straws and plastic cups when you’re celebrating this Christmas. As a pub owner, banning plastic straws and cups was one of the first decisions I made. The small things we can all do can help make all the difference to protect the health of our beautiful oceans.”

The survey comes amid a flurry of reports on Environment Secretary Michael Gove’s plans to introduce a series of new policies to crack down on plastic waste.

Reports suggested Defra’s upcoming 25 Year Plan for Nature could include proposals for a new plastic bottle deposit scheme, a push to encourage businesses to streamline the number of plastics they use, and the introduction of new standards that would see councils adopt similar waste policies.