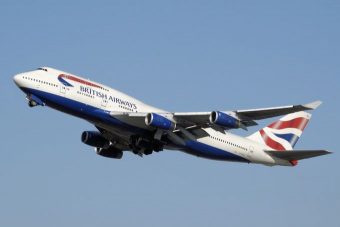 This latest venture uses fuel derived from waste biomass, similar to the GreenSky project that BA signed up to with Solena in 2010. Under that earlier project, BA was planning to power its London City flights using biofuels from a new facility in east London, which was scheduled to start production in 2017. However, the Solena project never materialized because of mixed government support, cautious investor appetite and low crude oil prices.

In 2015, at the Airport Operators Association (AOA) annual conference, IAG CEO Willie Walsh said he was talking to a number of other sustainable fuel suppliers after Solena struggled to make progress. “It has been frustrating for various reasons, mainly external, but I am still optimistic that we will see sustainable biofuel,” he said at the time.

Commenting on the new Velocys partnership, a BA spokesman told ATW this venture is more likely to succeed because Velocys is already producing waste-based biofuels in the US.

“This project has the same basic claim as GreenSky, but there are a number of basic differences. Velocys has a track record of successful projects and they run a plant in the US that’s already functioning. The technology is already proven and we believe the market environment has improved since our previous experience,” the BA spokesman said.

One of these changes is that the UK government has added sustainable jet fuel incentives under its Renewable Transport Fuels Obligation (RTFO), which was updated Sept. 14.

“The UK government and the Department for Transport will provide incentives to progress sustainable fuels. These changes in the RTFO allow aviation fuel suppliers to opt in to development fuels. That incentive provides a way into this area, which is different from where we were previously. While we are clearly at an early stage, this partnership is a significant step in this process,” the BA spokesman told ATW.

Under the Velocys venture, BA will help design a series of plants that will generate fuel from household waste, such as nappies, plastic food containers and chocolate bar wrappers. The first plant will use hundreds of thousands of tonnes of household waste per year, sourced from 5 million tonnes sent to UK landfill sites each year.

“The planned plant will produce enough fuel to power all British Airways’ 787 Dreamliner operated flights from London to San Jose, California and New Orleans, Louisiana for a whole year. It would be the first plant of this scale. The airline plans to supply its aircraft fleet with increasing amounts of sustainable jet fuel in the next decade,” BA said.

The fuel will generate 60% fewer emissions than traditional fossil fuels, saving 60,000 tonnes of CO2 every year. “This will contribute to the airline’s commitment to reduce net emissions by 50% by 2050,” BA said.