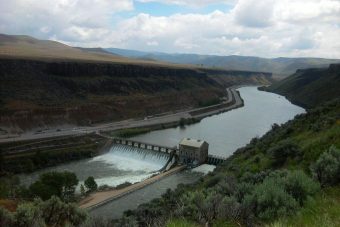 A Brazilian federal court has suspended an operating license for the 11.2-GW Belo Monte hydroelectric plant, stating that its developers have failed to provide water and sewage services to areas near the project.

The decision, issued earlier this week by Judge Maria Carolina Valente do Carmo in the country’s 1st District Federal Court, is the result of a case filed against both developer Norte Energia and Brazil’s Institute of the Environment and Natural Resources (Ibama).

According to prosecutors, Norte Energia has not completed connecting some houses near Belo Monte to water and sewage services, meaning the consortium missed a September 1 deadline to comply with stipulations for the plant’s construction. The prosecution said that the water source in Altamira will be contaminated without the services.

The US$26 billion plant was originally scheduled to begin commercial operation in February 2015. Developer Norte Energia now estimates the US$26 billion project will be in full operation in January 2019, with repeated setbacks marked by  worksite occupations, approval cancelations, worker deaths and court-ordered work stoppages.

HydroWorld.com reported in June that Norte Energia had been ordered to pay close to $4.4 million in “moral damages” to those near the project.

More recently, a federal court revoked an injunction set by Brazil’s Institute of the Environment and Natural Resources (IBAMA) denied an operating license for the plant, saying its developer, Norte Energia, had failed to meet conditions required for its approval.

Belo Monte is being built on the Xingu River in Brazil’s northern Para State and will be the world’s third largest hydroelectric complex when completed. Belo Monte has a completion deadline of 2018, though Norte Energia filed a request for a construction extension this past June.

A federal court rejected a request in July from from a public prosecutor to suspend work on the project because Norte Energia was accused of failing to consult properly with aboriginal groups potentially affected by Belo Monte.