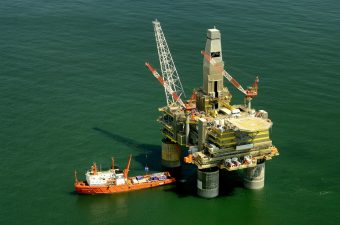 Within 10 years, bp aims to have increased its annual low carbon investment 10-fold to around $5 billion a year, building out an integrated portfolio of low carbon technologies, including renewables, bioenergy and early positions in hydrogen and CCUS. By 2030, bp aims to have developed around 50GW of net renewable generating capacity – a 20-fold increase from 2019 – and to have doubled its consumer interactions to 20 million a day.

Over the same period, bp’s oil and gas production is expected to reduce by at least one million barrels of oil equivalent a day, or 40%, from 2019 levels. Its remaining hydrocarbon portfolio is expected to be more cost and carbon resilient.

By 2030, bp aims for emissions from its operations and those associated with the carbon in its upstream oil and gas production to be lower by 30-35% and 35-40% respectively.

bp also today sets out a new financial frame to support a fundamental shift in how it allocates capital, towards low carbon and other energy transition activities. The combination of strategy and financial frame is designed to provide a coherent and compelling investor proposition – introducing a balance between committed distributions, profitable growth and sustainable value – and create long-term value for bp’s stakeholders.

As part of the investor proposition, bp’s board has introduced a new distribution policy, with two elements:

The strategy is built around three focus areas of activity and three distinctive sources of differentiation, underpinned by a new sustainability frame and advocacy for policies that support net zero.

The focus areas are:

The three sources of differentiation to amplify value are:

Delivering the strategy will see bp become a very different company by 2030. By then, bp aims for:

– investment in low carbon energy to have increased from around $500 million to around $5 billion a year;
– developed renewable generating capacity to have grown from 2.5GW in 2019 to around 50GW;
– bioenergy production to have risen from 22,000 b/d to more than 100,000 b/d;
– hydrogen business to have grown to have 10% share of core markets;
– global customer interactions to have risen from 10 million to 20 million a day;
– electric vehicle charging points to have increased from 7,500 to over 70,000; and
– energy partnerships with 10-15 major cities around the world and three core industries.

Over the same time:

Through this change, bp will continue its commitment to performing as it transforms – maintaining its focus on safety, operational excellence and financial discipline.

The introduction of the new strategy and transformation of bp are expected to deliver material progress towards its ambition to become net zero by 2050 or sooner and its supporting aims.  By 2030, bp aims to have delivered significant progress against its first five Aims:

bp will give more detail on its strategy, business plans and investor proposition in its capital markets day presentations on 14-16 September.