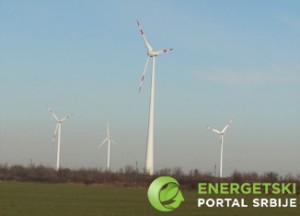 A blustery June in Scotland saw yet another wind power generation record tumble last month, topping what green campaigners have hailed as an “incredible” 2017 so far for Scotland’s growing wind energy sector.

According to WWF Scotland analysis, wind turbines alone provided more than 1,039,001MWh of electricity to the grid in June, which is enough to meet the average needs of 118 per cent of households north of the border – a new record.

The conditions helped bolster the overall generation levels for the first half of 2017, during which wind turbines provided an “extraordinary” 6,634,585MWh of electricity to the National Grid, enough to supply the average needs of 124 per cent of Scottish households – or three million homes – according to WWF Scotland.

That represents an increase of 24 per cent compared to the previous six-monthly wind generation record in Scotland, which was set during the first half of 2015.

Compiled by WeatherView, the data also shows Scotland’s total electricity consumption for homes, businesses and industry for the first six months of the year was 11,689,385MWh, which means wind power generated the equivalent of more than half – 57 per cent – of Scotland’s entire electricity needs.

WWF Scotland’s acting director, Dr Sam Gardner, said the data reflected an “incredible” 2017 so far for renewable sources in Scotland. “Scotland is continuing to break records on renewable electricity, attracting investment, creating jobs and tackling climate change,” he said. “If we want to reap the same rewards in the transport and heating sectors we need the Scottish Government to put in place strong policies on energy efficiency and transport in the forthcoming Climate Change Bill.”

Meanwhile, the first six months of the year also brought positive news for Vattenfall, a major developer of offshore wind in Scotland.

Published on Friday, the Swedish energy firm’s latest financial results show Vattenfall increased its underlying profit to almost SEK 13.2bn ($1.6bn) in the first six months of 2017, and boosted its customer base by 110,000, despite its net sales falling by three per cent.

On wind power specifically, the company hailed its strong UK base after having recently inaugurated its Pen y Cymoedd and Ray wind farms, and said it was on track to meet its global target of adding 2.3GW of additional renewable power capacity by 2020.

President and CEO Magnus Hall also said the company was taking further steps towards being “fossil-free” within one generation, highlighting partnerships in Sweden for fossil-free cement industry processes and the recent decommissioning of its lignite-fired power plant in Berlin.

“We are clearly following our purpose, which calls for us to ‘Power Climate Smarter Living’,” said Hall in a statement. “Again, we have taken a few steps closer to being fossil-free within a generation.”