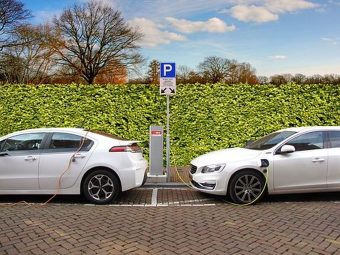 First there was AutoLib, a French electric-car sharing service operated by the Bolloré Group. Then came BlueIndy, the first U.S. franchise of the service, which put the same BlueCars onto the streets of Indianapolis. Now Bolloré is expanding its car-sharing operations to a second U.S. city, one that may be much more in the public eye. This week, the City of Los Angeles signed a contract with BlueCalifornia to operate an electric-car sharing service in the City of Angels.

The new Bolloré subsidiary will launch that service, called BlueLA, next year in select areas of the sprawling city. At launch, it will include 200 charging stations and 100 electric cars. These will presumably be the same purpose-built BlueCars operated by other Bolloré Group car-sharing services. The BlueCars are basic compact hatchbacks, with two doors and very little in the way of luxuries or convenience features.

When the BlueLA service launches, it will initially be available in the neighborhoods of Westlake, Pico Union, areas north of the University of Southern California, and portions of Koreatown and downtown L.A. In remarks announcing the contract signing, both L.A. Mayor Eric Garcetti and Marie Bolloré—head of Bolloré Solutions, the company arm in charge of electric cars—noted that disadvantaged communities will be emphasized in the launch of the service.

Recently, California policymakers at the state and local levels have focused more effort on making electric cars available to lower-income citizens. Placement of charging stations in disadvantaged communities was a condition in recent negotiations between the state and electric utilities over charging-infrastructure projects.

California has also worked to shift its generous electric-car incentives to benefit a larger number of lower-income individuals. The Golden State has a reputation as a much friendlier place for electric cars than Bolloré’s current sole U.S. outpost, Indiana.

Nonetheless, Bolloré made Indianapolis its “showcase city,” in part because of a mayor and local government who were particularly enthusiastic about electric cars.

The BlueIndy service has met company expectations so far, meaning it’s not unreasonable to think success might also be possible in electric-car-friendly L.A. 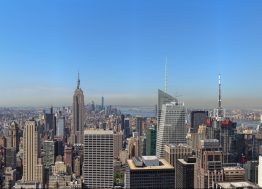 Skyscrapers Are Killing up to 1bn Birds a Year in US,...