A growing movement is encouraging future parents to reconsider their decision to conceive and instead vow not to procreate in the face of climate change. As the world’s increasing population pushes the boundaries of natural resource extraction and carbon emissions, the organization hopes its proclamation will bring attention to addressing the world’s ecological crisis. 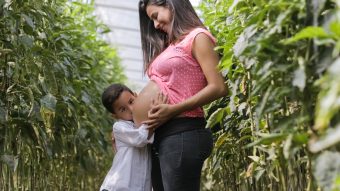 UK-based BirthStrike is a voluntary organization comprised of around 200 members globally who have decided not to have children in response to “climate breakdown and civilization collapse,” reports The Guardian. Founder Blythe Pepino discussed the group in March shortly after U.S. congresswoman Alexandria Ocasio-Cortez (D-N.Y.) voiced her own concerns over procreating because of the current climate situation and lack of government action.

“We, the undersigned, declare our decision not to bear children due to the severity of the ecological crisis and the current inaction of governing forces in the face if this existential threat,” declare BirthStrikers on their blog page, calling for “fast acting and deep change towards an equality based, sustainable, caring, and non-violent future for humans and between all life on earth.”

Scientists argue a sixth mass extinction event is underway capable of triggering “biological annihilation.” They point to wildlife population losses and declines around the world directly linked to overconsumption of resources by an increasing human population. Indeed, the world population currently hovers around 7.7 billion and the United Nations estimates numbers will continue to grow to 9.8 billion in three decades, reaching 11.2 billion by the end of the century. In response, members like Alice Brown say they won’t be having children for fear they will enter a world on the verge of extinction.

“I’m 24 and instead of dreaming about my career and family, I’m burdened with the disease we’ve created. My decision not to have a child I truly feel is a necessity not a choice. Sadly but with courage to fight this fight,” wrote Brown on the movement’s blog.

Her concerns aren’t unfounded. A 2017 study analyzing fertility and mortality rates found that even a one-child global policy would not reduce the world’s population by 2100. Similarly, another study from that same year suggests the best way to lessen one’s impact on the planet is to have one fewer child per person. Though BirthStrike does not call for population control, members hope their participation in the movement will not discourage people from having children or shame those who have chosen to do so, but will bring climate change to the forefront in sparking systematic change in regards to tackling the environmental crisis.