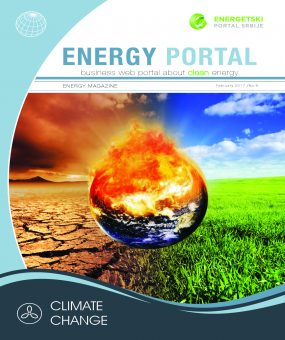 New bulletin is dedicated to Climate Change. The Government of the Republic of Serbia and the Serbian Chamber of Commerce have performed many activities, such as round tables on Serbian Strategy on Climate Change. They have also made plans for the ratification of  the Paris Agreement in 2017. The Green Fund will be established and it will represent the main tool for financing projects in the fields of environmental protection and climate change in Serbia. Energetski portal had an interview with the permanent coordinator of the UN Office in Serbia, Mrs. Irena Vojáčková-Sollorano. She highlighted the importance of investing in RES projects and revealed some of their plans.

Our interlocutor was also Ms. Dubravka Negre, who has recently become the Head of the EIB Regional Representation for the Western Balkans. According to all indicators, 2015 was a record year for the EIB investments in climate projects with a total amount exceeding 20 billion euros.

The German Development Bank (KfW) is financially helping Serbia. The investments of KfW bank have reached the level of around 1,711 billion euros, including 887 million euros for the energy sector. Energetski portal had the honour to talk to Mr. Arne Gooss, the General Manager of the KfW bank in Serbia.

Mrs. Duška Dimović is the executive manager of WWF programme in Serbia. We talked to her about climate change and the activities that are carried out. She says that mankind lives beyond the capacity of nature. 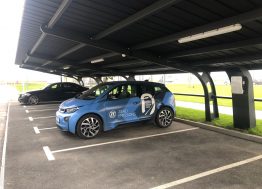