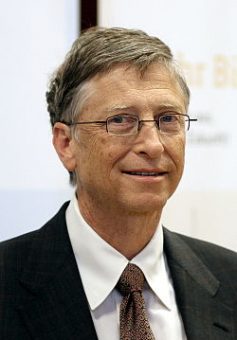 A year on from announcing plans to accelerate investment in clean energy research on the sidelines of the Paris Summit, Bill Gates has officially launched a new $1bn clean tech investment fund alongside more than a dozen of his fellow billionaires.

“I am honored to work along with these investors to build on the powerful foundation of public investment in basic research,” Gates said in a statement. “Our goal is to build companies that will help deliver the next generation of reliable, affordable, and emissions-free energy to the world.”

Further details on the group’s ambitions and investment strategy are expected to be revealed on a media call later today.

However, Gates told Quartz magazine the fund would take a long term perspective and would be looking to back ambitious, next generation technologies. “People think you can just put $50m in and wait two years and then you know what you got,” he was quoted as saying. “In this energy space, that’s not true at all… Our goal is to build companies that will help deliver the next generation of reliable, affordable, and emissions-free energy to the world.”

The venture’s new website hints it will look to invest in a wide range of technologies.

“To provide reliable and affordable power without contributing to climate change we need to address emissions in five key areas: electricity, transportation, agriculture, manufacturing, and buildings,” it states. “We have mapped out a landscape of innovation that we believe will help humanity meet those challenges.”

It also sets out four investment criteria for the technologies it will consider: the ability to reduce greenhouse gas emissions by at least half a gigaton; the potential to attract capital from other sources besides BEV; the ability to demonstrate ‘existing scientific proof of concept’; and requirement for patient and flexible capital.

The move was welcomed by the UK’s Climate Change and Industry Minister, Nick Hurd, who hailed the venture as providing “even more momentum” to the global transition to a low carbon economy and presenting fresh opportunities to the UK clean tech sector.

“The transition to a clean energy system is well underway in the UK and around the world,” he said in an emailed statement. “[This announcement] is a great opportunity for British innovators in the UK low carbon sector, which is already worth over £80bn in turnover. Again we see how reducing emissions goes hand in hand with commercial opportunity.”