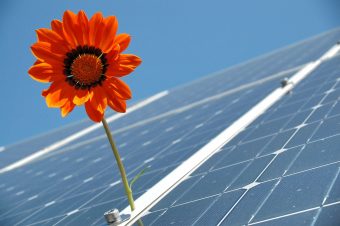 A group of major businesses, including retail giants Sainsbury’s, IKEA and Kingfisher, have called on Chancellor Philip Hammond to stop a planned rise in business rates for firms with solar installations.

The businesses have joined senior politicians, energy executives and environmental charities in signing a letter protesting against the changes, which will see rates rise up to eight-fold for organisations which own solar installations and use the power generated themselves.

“Businesses, schools and others with solar face a sharp six-to-eight fold tax hike from next April,” the letter reads. “If this proceeds it will also restrict future investment in solar rooftops all over the UK and put the British solar industry at a disadvantage, both at home and internationally.”

“New ministers have described climate change as ‘one of the biggest – if not the biggest – threats to our national and global security’,” the letter continues. “We agree. It would be extraordinary if the government penalised businesses and communities for taking positive action. We urge you to stop the solar tax hike.”

The changes in the tax rates, which are decided by the Valuation Office Agency (VOA), will mean that from April solar energy charges rise from a flat fee of £8 per kW of capacity to between £48 and £66 per kW. It applies only to companies with self-owned commercial rooftop installations where the energy is used on-site, not exported to the grid.

Industry body the Solar Trade Association (STA), which orchestrated the letter, warns the rate rise could render many solar systems uneconomic. For example, a business with a 100kW system would see costs rise from £400 a year to more than £2,730 per year, it claims.

Earlier this year the STA won a partial victory in the battle over business rates, agreeing a deal with the VOA which means organisations exporting more than 50 per cent of their solar power will see a decrease in tax rates.

But the STA claims it has reached the end of the road in its negotiations with the VOA, and now needs the government to step in to halt the remaining tax rises.

Some industry insiders have warned that unless the government takes action the differential tax rates for solar arrays based on their ownership structure could result in a perverse outcome where companies may transfer their solar arrays to new corporate vehicles that then export the power.

“The sheer diversity of groups willing to sign this letter demonstrates the breadth of feeling on this issue,” Paul Barwell, chief executive of the STA, said in a statement. “Now that the UK has signed the Paris Agreement it goes without saying that the government should support organisations seeking to reduce their carbon footprints, not penalise them. It is essential that solar energy is treated sensibly within the tax system.”

In response to the letter, a spokeswoman for HM Treasury insisted the changes to business rates will “improve the fairness of rate bills for all businesses”.

“Installing solar panels is only one factor in determining the value of a property for business rates and an increase in the rateable value of solar panels will not necessarily result in an overall increase in rates,” she said in a statement. “To help businesses with any higher bills, on top of the £6.7bn package to reduce business rates announced at Budget, we’re also providing £3.6bn in transitional reliefs.”