Berkeley this week became the first city in the United States to ban natural, fossil gas hook-ups in new buildings. 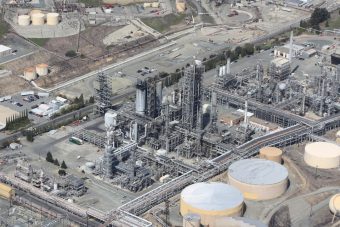 The landmark ordinance was passed into law on Tuesday, after being approved unanimously by the city council the previous week amid resounding public support.

Although Berkeley may be pushing the vanguard, the city is hardly alone. Governments across the US and Europe are looking at strategies to phase out gas.

Berkeley’s ordinance, which goes into effect on 1 January, will ban gas hook-ups in new multi-family construction, with some allowances for first-floor retail and certain types of large structures.

The reasons behind the decision are multifold. Energy use in buildings accounts for about 25% of greenhouse gas emissions in California. If the state is to meet its goal of 100% zero-carbon energy by 2045, the gas will have to go.

For decades, gas was considered among the preferred energy sources for buildings and embraced as a bridge from dirtier fossil fuels to a green energy future.

“There’s been a lingering perception that burning gas was cleaner than electricity, which might have been true 20 years ago when electricity came from burning coal,” said Pierre Delforge, a senior scientist with the Natural Resources Defense Council . “When we look at electrification policies, we need to think about what the grid will look like in 10 or 20 years, not what it looked like yesterday.”

A state energy commission report released in early 2019 concluded that building electrification was “a key strategy” for reducing the state’s climate impacts, one that “offers the most promising path to achieving [greenhouse gas] reduction targets in the least costly manner”.

Roughly 3% of all natural gas extracted by industry is leaked into the atmosphere, where methane is a far more potent, if shorter lived, greenhouse gas than carbon dioxide.

And then there’s the matter of running large amounts of flammable fuel around a state known for large earthquakes. A Pacific Gas and Electric pipeline explosion in 2010 turned a Northern California neighborhood into a smoking crater.

“We really believe we have the underpinnings of good legislation with economic, health and safety and climate impacts,” said the Berkeley councilmember Kate Harrison. “We can do this and we’ll end up a lot healthier and cleaner for it.”