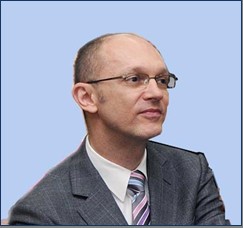 Secretariat for environmental protection presented the Action plan for adaptation to climate change on 19th November 2015. This is just one of the activities that is in accordance with the ambitions and plans of the conference COP 21 on which new international climate agreement was adopted. We spoke to Mr Goran Trivan, Secretary for environmental protection of Belgrade, about the importance of conference COP 21, and also about specific activities of Belgrade bearing in mind that increased temperatures are already predicted in Southeast Europe.

EP: COP 21 is the most ambitious and biggest conference ever organized, which gathered more than 50,000 participants and over 25,000 official delegates with the ambition to bring acts will be enforced in order to reduce global climate warming for 2 degrees Celsius. How is our country preparing for this conference and why is it important for Serbia and Belgrade as the capital to participate in this event? With which projects is Serbia planning to contribute to the reduction of climate changes?

Goran Trivan: Serbia is a state member of United Nations Framework Convention on Climate Change (UNFCCC), which obliges it to regularly report on the status of climate change policies’ implementation. Accordingly, Serbia prepares reports for the UNFCCC, which are national reports (of communication) and biennial update reports. We are currently working on the Second National Communication (SNC) and the First Biennial Update Report (BuR) of the Republic of Serbia, which should be adopted by the Government in November 2015, before holding of the Conference COP 21, while the adoption of the Second National Communication is expected at the beginning of 2016.
These reports include climate scenarios, inventory of greenhouse gas emissions (GHG), adaptation measures (adaptation) for changed measures climate conditions of key economic sectors, mitigation measures (mitigation), as well as capacity building needs, financial needs and technological needs, and also monitoring system, reporting and verification of greenhouse gas emissions. Until the adoption of Strategy for fighting against climate changes (which is the project that should be financed from IPA funds), these reports are at the same time the key strategic documents in this area.
Serbia is currently working on the development of the first law on the reduction of GHG emissions, which should get into procedure by the end of the year.
In addition, we provided a number of publications on the impact of climate changes on agriculture, and National dialogue on the climate in Serbia was held just in the light of forthcoming conference in Paris. All mentioned activities were presented at the Conference COP 21.
As for the city of Belgrade, we have an active and very good cooperation with the Ministry of Agriculture and Environmental Protection, which is in charge of taking care of climate change on the state level. The city of Belgrade, which has a greater significance for the region, that has a significance of a region rather than a city, and according to all facts it has the obligation to be the leader in Serbia, recognises the importance of fighting against climate changes, which is why it is seriously engaged in this issue. The Action Plan on Adaptation to Climate Changes with the assessment of vulnerability, which represents a strategic document of the City in this field, was developed in accordance with this commitment.

EP: The Action Plan on Adaptation to Climate Changes of the City of Belgrade was adopted in October last year. Can you tell us what specific goals of the Action plan are and how it is planned to implement measures or their adaptation? Will Belgrade’s experience for the development of this Plan help other cities in Serbia to obtain or improve their plans and is this a step towards the creation of Sustainable cities’ systems?

Goran Trivan: High quality Working Group, consisted of thirty representatives of City Departments, Public Enterprises, Ministries, Medical Institutions responsible for public health, Republic Weather Biro and Non-governmental sector has been working on the Action Plan on Adaptation to Climate Changes with the assessment of vulnerability for more than a year. The Plan was adopted by the City Assembly of Belgrade. Precisely this multisectoral approach enabled the insight into needs for adaptation from the perspective of a large number of interested parties, whereby it was provided a high professional level of documents, to which foreign and domestic consultants contributed greatly. Secretariat for Environmental Protection, as a principal body in preparation of this document, is very proud of the fact that the City of Belgrade was the first in Serbia to adopt such document. We are also proud of the fact that next year we intend to start the implementation of adaptation measures that are envisaged by the Action Plan.
The document was developed within the project “Adaptation to Climate Change in the Western Balkans”, which was simultaneously implemented, in cooperation with German Society for International Cooperation GIZ, in Belgrade, Podgorica and Tirana.
The core of the Action Plan is the list of adaptation measures which need to be undertaken in the following 2, 5 or 10 years in the city of Belgrade. These measures are listed by priority, based on 4 criteria which include effects, urgency and territorial coverage.
The measures of highest priority on the territory of Belgrade are flood protection and construction of green infrastructure. Immediately after these measures are the following: advancement of the warning system, public awareness and information, urban planning due to flood protection, construction of retention basins, drainage, saving and reuse of water, as well as the creation and rehabilitation of green areas and streets.
It is important to note that the Action Plan refers to the entire administrative territory of the city of Belgrade, therefore all 17 municipalities. Having in mind previously expressed interest of the other cities and regions in Serbia for the development of their own Action Plans, it is important to underline that these documents should optimally be developed on regional level, in other words a few municipalities of cities, which are mutually dependant and share the same problems related to flood defense systems, water supply, infrastructure etc., should develop joint Action Plan. This is actually the recommendation of the city of Belgrade to the other units of local government and we are ready to pass on our experience.
Development and also implementation of the adaptation action plans across Serbia would significantly contribute to the development of systems of sustainable cities, and it would also achieve an enviable level of safety of citizens, nature and infrastructure. This naturally, requires significant funds, but the floods in 2014 showed us that the price of eliminating the consequence is much higher.

EP: Are the topics on global warming, energy efficiency and environmental protection sufficiently represented in public discourse, and do you think that the awareness of citizens and also the country is at the appropriate level concerning these topics?

Goran Trivan: These topics, which are mutually inseparable, have been present at great extent for more than 10 years. The need of each local home rule/self-government, public facility or households to reduce energy consumption, and thus the costs and environmental impact is immense. Energetic and transportation are areas in which negative impact on the environment is the highest, particularly on global warming and thus on climate change by releasing gases with greenhouse effects.
It is noticeable that the awareness of decision makers at the state and local level, as well as the awareness of citizens, has been changing in the direction of better understanding of the need for energy efficiency and environmental protection. Even though the considerable number of projects from this area has been implemented in Serbia, with the previous adaptation of certain legislations, it seems that it still hasn’t been done as much as it could have. The reasons for this partial success are lack of investment funds, the absence of a sufficient number of quality projects, absence of conventional technologies usage by public enterprises, poor standard and partial awareness of the citizens, etc.
Secretariat for Environmental Protection, as the competent body for taking care of environmental quality in Belgrade, has to reduce the negative impact of energetic and transportation and to reduce it to the lowest possible level. This is the reason why every year we implement the program of shutting down the boiler rooms in which the exceeding number of harmful emissions was recorded. So far under this Program 9 schools and 1 kindergarten have been connected to the district heating for the last three years.
In addition the Secretariat has just conducted a public call for funding the construction works on energy repairs of facilities of public enterprises and facilities for physical health. The construction works will be performed on 4 city facilities in 2016 based on the public call.
When it comes to traffic, the funds for the purchase of 5 electrical buses which do not emit carbon dioxide have been provided. This suggests the possible future direction of the development of Belgrade’s public transport.