People in rich nations will have to make big cuts to the amount of beef and lamb they eat if the world is to be able to feed 10 billion people, according to a new report. These cuts and a series of other measures are also needed to prevent catastrophic climate change, it says. 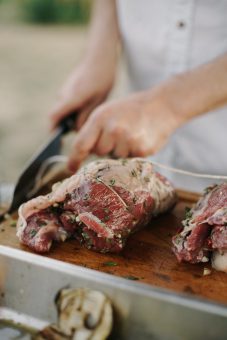 More than 50% more food will be needed by 2050, according to the World Resources Institute (WRI) report, but greenhouse gas emissions from agriculture will have to fall by two-thirds at the same time. The extra food will have to be produced without creating new farmland, it says, otherwise the world’s remaining forests face destruction. Meat and dairy production use 83% of farmland and produce 60% of agriculture’s emissions.

Increasing the amount of food produced per hectare was the most critical step, the experts said, followed by cutting meat-eating and putting a stop to the wasting of one-third of food produced.

“We have to change how we produce and consume food, not just for environmental reasons, but because this is an existential issue for humans,” said Janet Ranganathan, vice-president for science and research at the WRI.

Tim Searchinger, of the WRI and Princeton University, said: “If we tried to produce all the food needed in 2050 using today’s production systems, the world would have to convert most of its remaining forest, and agriculture alone would produce almost twice the emissions allowable from all human activities.”

The new report, launched at the UN climate summit in Katowice, Poland, follows other major scientific analyses showing that huge reductions in meat-eating are “essential” to avoid dangerous climate change. Another found that avoiding meat and dairy products was the single biggest way to reduce an individual’s environmental impact on the planet, from slowing the annihilation of wildlife to healing dead zones in the oceans.

The world’s science academies concluded last week that the global food system was “broken”, leaving billions of people either underfed or overweight and driving dangerous global warming. Another new report concluded that the global food system required “radical transformation” if climate change and development goals were to be met, including “widespread dietary change”.

After increased productivity, the WRI report focuses on meat from ruminant animals. The digestion of cattle and sheep produces methane, a potent greenhouse gas. Beef provided 3% of the calories in the diet of US citizens but was responsible for half the emissions, the WRI said.

The report recommends that 2 billion people across countries including the US, Russia and Brazil cut their beef and lamb consumption by 40%, limiting it to 1.5 servings a week on average. Most of the world’s citizens would continue to eat relatively little beef in the WRI scenario.

But Searchinger said: “The world’s poor people are entitled to consume at least a little more.” The 40% reduction is a smaller cut than in other studies. “We think that is a realistic goal,” he said. “In the US and Europe, beef consumption has already reduced by one-third from the 1960s until today.” 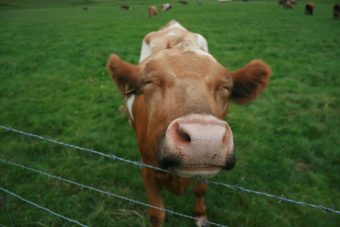 Tobias Baedeker, of the World Bank, said farmers would require a lot of support to make the changes required but that redirecting the world’s huge subsidies could be a “game-changer”. Subsidies of more than $590bn (£460bn) a year are given to farmers in 51 nations, representing two-thirds of global food output, according to the OECD. In the US, these subsidies halve the current price of beef, the WRI says.

Richard Waite, of the WRI’s food programme, said: “Given the scale of change needed, it is going to require government intervention, certainly to get there quick enough. I think a meat tax is something that will ultimately come about, in a five-year-plus timeframe. It took a long time for a sugar tax to become credible [but] it’s been put in place.”

The sophisticated marketing and behaviour-change strategies that food companies already used to influence customers could help shift diets, said Ranganathan, as could governments encouraging less meat in schools, hospitals and other public institutions.

Other changes to farming that are needed, according to the WRI, include better feed to reduce methane production from cows, limiting biofuels made from food crops, managing manure and fertiliser better and cutting energy use by farm machinery. It also said the overall demand for food could be cut, with policies to curb population growth such as “improving women’s access to education and healthcare in Africa to accelerate voluntary reductions in fertility levels”.

The WRI report was launched at the UN climate summit in Poland where almost 200 nations are aiming to turn the carbon-cutting vision set out in Paris in 2015 into reality. The rapid ramping up of action is another key goal. Climate action must be increased fivefold to limit warming to the 1.5C scientists advise, according to the UN.