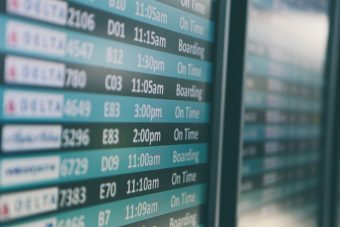 Bangalore’s Kempegowda International Airport plans to become the largest solar-producing airport in India, aiming to generate 14.6 MW of solar power. The airport announced in December that it will source 40 percent of its electricity from solar energy, offsetting approximately 17,000 tons of carbon dioxide, or the equivalent of more than 3,200 passenger vehicles each year. The airport is now deciding upon a developer to execute the project.

The commitment is the next step in India’s push to transform its airports and achieve national and state-wide renewable energy commitments to diversify the electricity supply and mitigate emissions. Just last year, the city of Kochi’s Cochin International Airport became the first airport in the world to run completely on solar power. More cities will need to take note of the potential of airport solar if the country is to achieve its ambitious commitment to 100 GW of solar capacity by 2022.

Why Solar Energy for Airports?

Air transport is often associated with high energy consumption and greenhouse gas emissions from aircraft, but airports themselves also create a significant impact. Heating, ventilating, air-conditioning (HVAC) systems, chillers and lighting systems all contribute to an airport’s electricity consumption, which can amount to 100-300 GWh per year, the same as 30,000 to 100,000 households, or a small city.

Solar can be a good renewable energy solution for airports, as airports typically have a lot of buildings and open land available for solar PV panels. As the case of Bangalore’s airport shows, in addition to the on-site options, off-site generation of solar energy with the electricity being wheeled across a transmission and distribution network is also possible. This makes solar technology an effective tool for cutting airport operating costs, supporting small business development, reducing greenhouse gases and achieving renewable energy goals. Furthermore, airports are well-defined communities that can be easily studied and benchmarked.