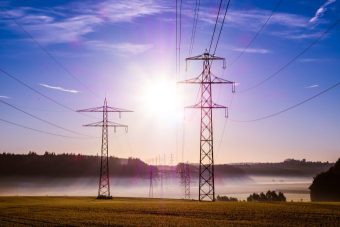 Australia’s electricity and gas transmission industry is calling on the Turnbull government to implement a form of carbon trading in the national electricity market by 2022 and review the scope for economy-wide carbon pricing by 2027.

Energy Networks Australia warns in a new report examining how to achieve zero net carbon emissions by 2050 that policy stability and regulatory certainty are the key to delivering lower power prices and reliable electricity supply.

While Tony Abbott once characterised carbon pricing as a wrecking ball through the Australian economy, the new report, backed by Csiro, says adopting an emissions intensity scheme is the least costly way of reducing emissions, and could actually save customers $200 a year by 2030.

The forceful intervention by the industry on Tuesday follows the Turnbull government on Monday flagging an emissions intensity trading scheme for the electricity sector as part of its scheduled review of its Direct Action climate policy.

Some stakeholders also believe the Finkel review into energy security and Australia’s climate commitments may also float the desirability of an emissions intensity scheme for the electricity sector when it presents its preliminary fundings to Friday’s Coag meeting of the prime minister and premiers.

But the difficulties for the government emerged immediately after the baseline and credit scheme was flagged by the energy and environment minister, Josh Frydenberg, on Monday when the chairman of the Coalition’s backbench committee, Craig Kelly, warned carbon trading was not Coalition policy and would not be accepted by the party room.

Energy Networks Australia has been working for two years on what it calls a policy roadmap to achieve zero emissions by 2050. A report to be released on Tuesday argues that the goal can be achieved but only with an integrated policy approach.

The report recommends that the government adopt an emissions intensity baseline and credit scheme for the electricity sector by 2022, and set a light-vehicle emissions standard policy to provide incentives for electric vehicle uptake.

The report also recommends policies that would allow an extensive rollout of smart meters, impose demand-based network tariffs – with a choice for customers to opt out – and pursue decentralisation of the grid, including standalone systems and micro-grids as a substitute for traditional delivery models.

It notes that the next decade to 2027 “is likely to see a step change in the rapid adoption of new energy technologies, driven by falling costs and global carbon abatement measures”.

“This decade provides a limited window of opportunity to reposition Australia’s electricity system to deliver efficient outcomes to customers.”

Energy Networks Australia worked with Csiro on the report. The peak research body’s chief economist, Paul Graham, said it was entirely possible with the right policies to maintain a reliable, stable electricity grid while achieving zero net emissions by 2050, which would ensure Australia kept its international undertakings made in the Paris climate agreement.

He told Guardian Australia that the modelling carried out for the roadmap indicated the emissions intensity scheme was the best option to reduce power prices over the medium term because the scheme subsidised low-emissions technologies.

The roadmap assumes the federal renewable energy target will continue through until the late 2020s but Graham said it would be possible to scrap the RET around 2030 if the trading scheme was delivering sufficient low-emissions technologies into the system.

He said the transformation now under way in the electricity sector was best managed with market frameworks that didn’t pick winners and were technology-neutral.

The chief executive of Energy Networks Australia, John Bradley, issued a call for sensible policy that was developed as far as possible on a national basis and was not subjected to outbreaks of politicking.

Bradley said carbon policy which could “change dramatically at every election or differs in every state is a recipe for a high cost and less secure electricity service to customers”.