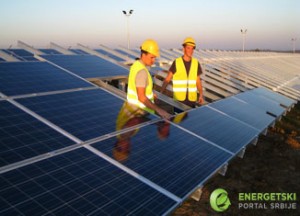 Solar Citizens says since the 2012-13 financial year, rooftop solar owners have saved about $1bn on their household bills each year.

Australian households and small businesses have invested more than $1bn a year in rooftop solar over the past five years, spending a total of almost $8bn since 2007, new calculations show.

In its latest State of Solar report, Solar Citizens – which campaigns for, and represents the interests of, solar owners – has for the first time estimated Australian’s out-of-pocket investment in rooftop solar, how much money it has saved consumers, and how much carbon it has abated.

Overall, it found Australians have spent $7.8bn on rooftop systems since the 2007-08 financial year, an estimate based on the total amount of solar capacity installed and the cost of those systems.

But since the 2012-13 financial year, Solar Citizens calculated solar owners saved about $1bn on their energy bills each year, with those in the Northern Territory leading the way, saving an average of $1,989 each in the 2014-15 financial year.

Although 60% of solar owners said they primarily bought solar systems for financial reasons, 38% said they did so for environmental reasons, according to a poll of 4,300 Solar Citizens supporters from January.

And when it came to environmental outcomes, the report estimated solar owners will avoid 6.3m tonnes of carbon dioxide emissions in 2016 – which they found is equivalent to taking a third of all trucks off Australian roads.

The report tried to emphasise the political weight solar owners now have, with about 5 million people living in homes with solar systems.