If Australia maintains its current rate of solar and wind installations through the next decade, the industry could feasibly account for 78% of the country’s electricity supply along its west and east coast main grids, a substantial increase from its current contribution of 22.5%. 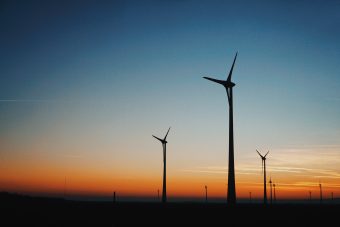 Australian energy analysts Green Energy Markets published its Renewable Energy Index for October last week, which tracks the contribution of Australia’s renewable energy sector to meeting the country’s energy needs. Despite significant obstructionism from the current Federal Government, according to Green Energy Markets, the recent rapid rate of wind and solar installations across Australia — driven by states and corporations — has put the country on track to secure three-quarters of its electricity needs from renewable energy sources by 2030.

Specifically, according to Green Energy Markets, if Australia maintains its current record rate of both rooftop solar installations, as well as wind and solar farm construction commitments that have prevailed since 2017, then renewable energy would account for 78% of electricity supply across Australia’s west and east coast main grids by 2030 — up from their current contribution of 22.5% in October.

October saw the Australian solar industry install another 150 megawatts (MW) of residential and business solar, a new record, 76% higher than the monthly average of 2017 — which itself was a record year for installations. So far this year, rooftop solar installations have reached 1,243 MW for the year so far. Meanwhile, a total of 412 MW worth of large-scale wind and solar projects committed to construction in October, bringing the year-to-date total commitments up over 3,200 MW.

If Australia were to meet only a 50% target, it would need to install around 1,850 MW of new renewable energy capacity each year out to 2030. To achieve this, however, would be to severely constrain the industry. According to Green Energy Markets, the average rate of construction commitments and rooftop solar installations between January 2017 to October 2018 is running at almost 5,150 MW per year. As such, constraining the industry to the Labor Party’s promised 50% target would see significant harm to the industry, while adhering to the Coalition Government’s 2030 emissions target — as set out in the mediocre National Energy Guarantee — would see the industry collapse to 839 MW per year.

“In the past there have been valid concerns regarding high penetration of intermittent supplies on the national grid, especially in relation to voltage and frequency stability,” explained Brian England, National Chairman of Australia’s Solar Energy Industries Association. “But this is 2018 and things are changing and by 2030 with appropriate planning in place, these concerns will be redundant.”

“This boom in renewable energy construction is bringing thousands of construction jobs to regional,” added Andrew Bray, National Coordinator of the Australian Wind Alliance. “It’s creating a long term industry to boost employment and economic activity in towns and regions previously reliant on agriculture and, in many cases, hit by drought. The industry has ramped up spectacularly in the last two years and has demonstrated it is more than able to transform Australia’s electricity sector in short order. The challenge in Australia now is for policy makers to keep up.”

As the SEIA’s Brian England points out, the current trends are being well supported by naturally occurring market economics:

“With the LCOE for solar and wind with storage now cheaper than new coal-fired power stations, there is a real opportunity to replace many of the ageing, unreliable and soon to be closed down coal fired power stations with renewable power supply with storage. This has already shown itself to be able to stabilise the grid and provide a back up for peak loading far better than was forecast, at less cost, with quicker construction times and as well has actually provided a good return on investment.”

“In addition, there are around 2000 sites identified across Australia for pumped storage hydro which in the future can have the pumping cycle run on renewables, and with a drop in the cost of thermal solar using molten salt storage, there are many options for a grid with 78% renewables,” England continued. “This mix of technologies can provide base load, short term load as well as peak load and frequency control for unexpected grid failures. In addition this mix of technologies is supported by the AEMO (Australian Energy Market Operator) as the way forward as the grid is decarbonised.”