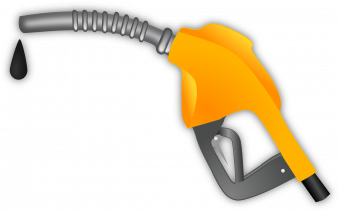 New standards could reduce Australia’s greenhouse gas emissions by up to 65m tonnes by 2030, government claims.

The Turnbull government has opened discussions on new fuel efficiency standards for vehicles which it says could cut consumer fuel spending by up to $28bn by 2040.

Fresh after being forced into a hasty retreat by conservatives over a potential emissions intensity trading scheme which experts argue would allow Australia’s electricity sector to reduce emissions at least cost to consumers – the government has regrouped and opened a new policy conversation about regulations that would force car manufacturers to supply cars with more fuel-efficient engines.

The ministers for energy and the environment, Josh Frydenberg, and urban infrastructure, Paul Fletcher, issued a joint statement on Tuesday that said new standards could reduce Australia’s greenhouse gas emissions by up to 65m tonnes by 2030, “with these reductions helping meet Australia’s emissions reduction targets”.

They flagged three potential proposals – new fuel efficiency standards; upgrading the existing air pollution standards for cars, trucks and buses, “in line with higher standards which already apply in Europe, the US and many other countries”; and a discussion paper exploring options to “improve the quality of our road transport fuels to reduce noxious emissions”.

The ministers said new emissions standards would make fuel consumption more efficient, and as a consequence motorists would save money. “This translates into annual fuel savings for the average owner of a passenger car and light commercial vehicle of up to $519 and $666 respectively.”

The government will likely face resistance from car manufacturers who argue the compliance burden associated with onerous fuel efficiency standards pushes up the price of vehicles.

But the government’s recent decision to rule out any form of carbon trading for the electricity sector increases the urgency of achieving emissions reductions in other parts of the economy if Australia is to have any hope of complying with its Paris target.

The Turnbull government has ratified the Paris international climate agreementwhich requires Australia to reduce emissions by 26-28% below 2005 levels by 2030. The Paris target builds on Australia’s 2020 target of reducing emissions by 5% below 2000 levels.

A range of experts have made it clear that the Coalition’s Direct Action policy does not deliver a viable mechanism to ensure compliance with the Paris target.

“Current fuel standards expire in 2019 and we need to be ready with new standards to ensure Australians can have access to the right fuel for the latest vehicle technology,” the ministers said in the joint statement issued on Tuesday.

“The right standards will deliver further health and environmental benefits. The government will continue to explore other ways to reduce vehicle running costs and emissions, such as the type of information provided to consumers when buying a car, and support for emerging technologies.”