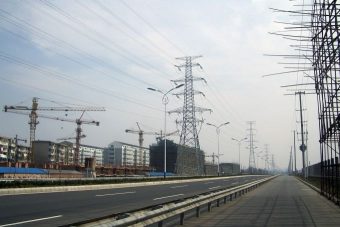 Electrical vehicles (EVs) are the next evolution in personal transportation. A large-scale shift toward the technology has the potential to significantly reduce the environmental impact of simply getting around, leaving our reliance on gas powered vehicles behind.

However, given that the technology is in its relative infancy, the lack of established infrastructure to support a major shift to EVs remains a significant roadblock to adoption. EVs are limited by their range, and while developing the technology does continue to lengthen the range, many models are best suited for shorter trips.

In order to combat the range obstacle and begin establishing the infrastructure necessary for supporting an expansion of EV usage, Australia is setting up “EV highways,” equipped with numerous fast-charging stations along the way. The project, dubbed the Electric Super Highway, is planned to be a series of charging stations located in 18 cities and towns, spreading across nearly 2,000 kilometers (1,242 miles) of the road from the Gold Coast in the south to Cairns in the north. And, according to the (aptly named) state’s acting roads minister, Steven Miles, “They will be available for use at no cost for the initial phase of the super highway so we can encourage as many people as possible to start using them.” The government claims that this sets a new record for length of electric highway in one state.