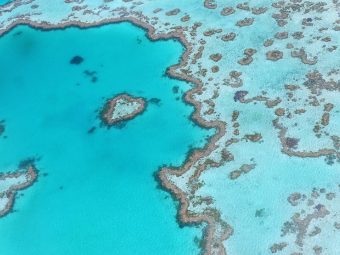 That is because the Great Barrier Reef Marine Park Authority (GBRMPA) has approved plans to dump one million tonnes (approximately 1.1 million U.S. tons) of sludge into the World Heritage Site. The decision comes in the same month that runoff from flooding in Queensland, Australia threatened to smother part of the reef and two years after the unique ecosystem was weakened by back-to-back coral bleaching events caused by climate change.

“If they are dumping it over the coral reef itself, it will have quite a devastating effect. The sludge is basically blanketing over the coral,” Boxall explained.

GBRMPA issued a permit on Jan. 29 for North Queensland Bulk Ports to dump maintenance dredge sludge within the park’s boundaries, The Guardian reported. In doing so, it exploited a loophole in a 2015 law meant to protect the reef. The law banned capital dredging, but said nothing about port maintenance, the process of removing sediment that builds up in shipping lanes. The permit would allow maintenance dredging and dumping over 10 years at Mackay’s Hay Point port, which BBC News said was one of the world’s largest coal export sites.

Greens Senator Larissa Waters argued the permit should be overturned.

“The last thing the reef needs is more sludge dumped on it, after being slammed by the floods recently,” Waters told The Guardian. “One million tonnes of dumping dredged sludge into world heritage waters treats our reef like a rubbish tip.”

North Queensland Bulk Ports defended the decision in a statement reported by The Guardian:

“Just like roads, shipping channels require maintenance to keep ports operating effectively,” the ports authority said. “Maintenance dredging involves relocating sediment which travels along the coast and accumulates over the years where our shipping operation occurs.

“The permits allow for the long-term, sustainable management of maintenance dredging at the Port and will safeguard the efficient operations of one of Australia’s most critical trading ports.”

But Waters said the initial ban showed that the government understood the risk posed to the reef, especially since 50 percent of its corals have died due to bleaching.

“Government policy needs to change to ban all offshore dumping, so GBRMPA is not allowed to permit the reef’s waters to be used as a cheaper alternative to treating the sludge and disposing of it safely onshore,” Waters told The Guardian.

Dr. Boxall told BBC News that the port could lessen the damage by dumping the sludge as far offshore as possible, but that it would still contaminate the water with dangerous materials like trace metals.

“If it’s put into shallow water it will smother sea life,” he said. “It’s important they get it right. It’ll cost more money but that’s not the environment’s problem—that’s the port authorities’ problem.”

The “maintenance dredging” is set to begin in late March, according to The Guardian.