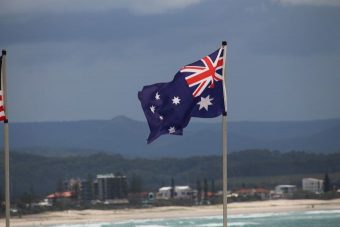 Australia has leaped up the rankings of the most attractive countries for renewable energy investment, thanks to the record sums of more than $7.5 billion committed to large-scale wind and solar, not to mention rooftop installations, over the past year.

China and India take the top two placings, displacing the US since the election of Donald Trump and his promise to revive the coal industry, while Germany comes in No 4, just ahead of Australia, with Chile, Japan, France, Mexico and the UK making up the rest of the top 10.

Last October, Australia’s ranking had slipped out of the top 10 because it was not clear that the renewable energy target, which requires 33,000GWh of renewable energy by 2020, would be met.

But a sudden surge in investment, particularly in large-scale solar following the success of the ARENA funding round, has delivered some 3,000MW of committed projects, with more in the pipeline.

And in the last week, the 200MW Silverton wind farm has begun construction near Broken Hill, while the 530MW Stockyard Hill wind project in Victoria has set a record low price for wind energy in the country of around 5.5c/kWh ($55/MWh).

“After a year of record investment in renewables, with coal on the decline, the country is gearing up to maintain its renewables target but also ensure grid stability through increased storage,” the EY report notes, adding in further detail how the “billionaire tweets” and the plunging cost of battery storage has generated huge interest in the technology.

The Clean Energy Regulator, and now the energy minister Josh Frydenberg, both recognise that the 2020 RET will likely be met – possibly with enough commitments made over the next 12 months. The CER noted that 3,300MW has been committed in the last 15 months, and most of it in the last six to eight months.

However, there is a policy void at national level after that 2020 target is met, with the industry then dependent on state-based schemes such as Victoria, which aims for 40 per cent renewables by 2025, Queensland (50 per cent by 2030), and Northern Territory (also 50 per cent by 2030). None of these targets have been legislated yet.

NSW and Western Australia do not have set targets for renewables, but have made it clear they are keen for more large-scale solar and wind energy, combined with storage.

Ironically, the recent surge in investment follows a three year investment drought after the Australian government sought to bring the RET to an end, and then pushed to reduce it. Frydenberg recently described the RET as a “reckless” policy, even though its original target of 45,000GWh was enthusiastically supported by the Coalition when the legislation was passed.

Rooftop solar is also showing a rebound in interest – thanks to rising electricity prices and the introduction of small battery storage systems – and looks on track to get near 1GW for the year after a record start for the first four months. Battery storage is seen as the key for future renewable investment, it says.

China leads the index, vowing to spend $US363 billion developing renewable power capacity by the end of 2020, creating 13 million jobs, while E&Y notes that in India the government has a hugely ambitious renewable energy program, and solar developers have offered to supply power at lower prices than new-build coal plants, effectively blocking new coal capacity.

In the US, the election of Trump has added huge uncertainty about the future for renewables, in Germany recent auctions found offshore wind could be built without any subsidies, while in Chile, the first carbon price in South America came into force from January 1, adding $US5/MWh to each tonne of fossil fuel emissions.