The bodies of at least 28 hippopotamuses have been found in Ethiopia’s national park in the southwest of the country, local media reported Monday. The semi-aquatic mammals died in the Gibe Sheleko National Park, a part of the Gibe River, local broadcaster FANA said. 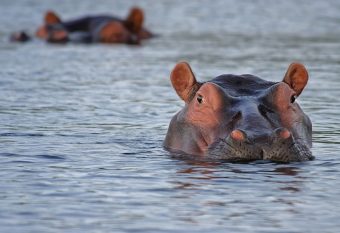 Behirwa Mega, head of the park told FANA that the animals died between April 14 and 21 and that the cause of their deaths is presently unknown.

The Gibe Sheleko National Park, was only established in 2011, is reportedly home to about 200 hippos and covers approximately 36,000 square kilometers in land area.

Although the cause of death of the hippos remains unclear, the animals are described as vulnerable on the International Union for Conservation of Nature’s Red List of Threatened Species (IUCN).

The IUCN estimates the global population of hippos is between 115,000 and 130,000 and that their conservation should be a “priority” in countries where they exist.

Hippo populations are threatened by poaching, disease, loss of habitat, deforestation, and pollution, according to experts.

They are hunted by poachers who export their long canine teeth from African countries to places such as Hong Kong and the United States where they serve as substitutes for elephant tusks, says the wildlife trade monitoring network TRAFFIC.

More than 200 hippos were killed in a massive anthrax outbreak at Namibia’s Bwabwata National Park in 2017.

And the hippo population in Africa will face a significant reduction when a scheduled culling of the animals in Zambia begin in May despite objections from animal rights groups.

The cull will happen in the Luangwa River Valley in Zambia’s Eastern province, the Department of National Parks & Wildlife said in February.