Beyond the immediate impact on health, the Covid-19 pandemic is causing a major shock to the global economy. Electric cars – a key element of transitions to cleaner energy – are being affected in key markets. But despite the crisis, their sales could reach a record share of the overall car market this year. 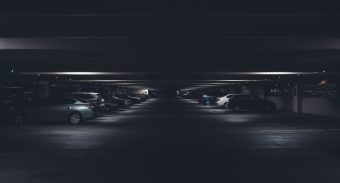 Electric cars have experienced a decade of rapid growth. Global sales grew by more than 60% every year over the past decade except for 2019, when growth slowed down to 6% as the regulatory environment changed in China and passenger car sales contracted in major markets. Even so, electric vehicle sales still reached 2.2 million last year, securing their highest ever share – 2.6% – of the global car market.

In this commentary, we look at what happened to the global car market – and electric cars in particular – as the Covid-19 crisis escalated in the early months of 2020, and what could happen over the rest of the year.

To understand market expectations for electric cars, it is important to look at them in the context of overall car market trends. The first four months of 2020 have seen an unprecedented drop in global car sales. We estimate that global car sales between January and April this year dropped by about one-third from the same period in 2019, with around 9 million fewer cars sold.

On a monthly basis, the decline in sales was even more pronounced, mirroring the timing and stringency of the lockdowns across many countries. China, the world’s largest car market, registered its sharpest year-on-year decline in February. Car sales in China almost always dip in February because of the Lunar New Year holiday. But this year, they plummeted by 80% compared with February 2019.

Other major car markets experienced their heaviest declines in April. In the United States, they roughly halved year on year; in Germany, they dropped about 60%; and in France, they plunged nearly 90%. In the United Kingdom and Italy, sales dropped by 98% in April, signalling a complete breakdown of those markets. For India virtually no car sales were reported.

Initial signs in countries where the lockdown is gradually easing suggest the potential for a quick recovery. In China, policy makers were quick to identify the auto market as a primary target for economic stimulus and encouraged cities to relax car permit quotas, among other measures. Chinese car sales rebounded strongly in April to reach 80% of the level registered in the same month a year earlier. Fears of catching Covid-19 also were reported to be bolstering sales, with driving generally seen as posing a lower risk of infection than taking public transport. In Korea, where the spread of the virus was contained quickly, car sales actually registered an increase over 2019 levels in both March and April. In the first half of 2020, we currently expect global car sales to be around 30% lower than in the same period last year.

Car sales can generally be expected to pick up in the second half of 2020. The extent and pace of the rebound will depend on a range of factors, including the pace at which confinement measures are eased, potential second waves of the pandemic, the pace of economic recovery and the willingness and ability of consumers and businesses to purchase new cars. Government policy will also be critical.

As cities are gradually emerging from lockdowns, some of them are placing temporary restrictions on the frequency and occupancy of public transport, raising the risk of a spike in car traffic. Many cities, particularly in Europe, are therefore rapidly putting together policies to rethink the use of urban space and promote cycling. At the same time, however, national governments may look to reduce potential employment losses in the auto industry through measures that stimulate car sales.

Stimulus measures, if adopted, can boost car sales, although their impact can be difficult to foresee. During the global financial crisis in 2008 and 2009, the German cash-for-clunkers programme (which allowed consumers to trade in older vehicles for new ones) boosted car sales by around one-quarter over the first half of 2009, although they slowed down afterwards as available funds expired. In the United States, it took seven years for US car sales to reach pre-crisis levels. We currently expect overall car sales in 2020 to be around 15% (or 13 million cars) lower than in 2019, with the largest drops registered in Europe, the United States and China. This represents a historic drop twice the size of the decline that occurred between 2008 and 2009.1

Electric car sales in European countries bucked the trend of the overall car market for a variety of reasons. 2020 is the target year of the European Union’s CO2 emissions standards, which limit average CO2 emissions per kilometre driven of new car sales. In addition, Germany increased electric car purchase subsidies in February, and the impacts of the system introduced in Italy in 2019 to encourage electric cars started to affect the market.

Electric cars are likely to have a much better 2020 than the rest of the auto industry. Electric cars are gradually becoming competitive in some countries on the basis of the total cost of ownership (which includes fuel expenses as well as purchase costs), even if the recent plunge in oil prices has eroded that somewhat. But the high upfront investment for consumers – electric car prices are still higher than those of conventional cars – mean that the electric car market still relies on government support. Today, electric cars in many markets are subject to a host of incentives and regulatory efforts. Most global electric car sales involve a financial incentive from governments that often takes the form of direct purchase subsidies or tax reductions.

The Covid-19 crisis has raised concerns that the economic crisis could lead governments to relax fuel efficiency standards to lower the pressure on struggling automakers, or reduce support measures for electric cars to free up funds for use elsewhere. That has not happened so far. China announced it would extend the purchase subsidies that it had originally planned to discontinue this year until 2022 – albeit at a slightly reduced rate. In addition, the typical electric car buyer in many countries still tends to be wealthier than the average consumer and might be less affected by the economic downturn. And around 100 new electric car models are expected to become available over the course of 2020, increasing the choice for potential customers.

Against this backdrop, it is quite possible that global electric car sales in 2020 will continue their upward trend, experiencing a substantially lower impact than the overall car market. Our central estimate today is for global electric car sales to slightly exceed 2019’s total to reach more than 2.3 million and achieve a record share of the overall car market of more than 3%. This brings up the total number of electric cars on the road worldwide to a new record of about 10 million, around 1% of the global car stock.

The car industry is a critical part of economic activity in many of the world’s largest economies employing millions of people across the entire supply chain. It has been impacted severely during the Covid-19 crisis, with practically all major car manufacturers halting production lines for varying periods of time. The challenge for governments now is to craft the appropriate policy response. How can they enable the workforce to get back to their jobs and also make the electric car industry a key contributor to the economic recovery?

Past experience has been mixed. Cash-for-clunkers programmes can be an effective approach if they are designed to support the uptake of more efficient (e.g. hybrid) and electric cars. In past stimulus packages, however, such considerations were not always adequately addressed and sales of SUVs and diesel cars were boosted, which pushed up global oil demand and air pollution. Support for the auto industry can also be tied to ambitious fuel economy regulations, which in the past triggered innovation and helped jump start key parts of today’s electric car industry.

The IEA’s World Energy Outlook Sustainable Recovery Report, to be released in June, will examine the main ways to support sustainable transport through stimulus packages. If the auto industry were to delay its investment plans in electric car production because of the crisis, this would risk stalling a key component of clean energy transitions. Clear and continued commitment by governments willing to support the electrification of transport could ensure its acceleration.