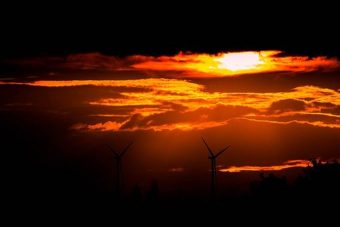 As US president Donald Trump throws his support behind “beautiful clean coal,” the American state of Arizona — a Republican Party stronghold — is poised to take the lead on energy storage in the country as it tosses up whether to impose an 80% clean energy target by 2050.

The proposed clean energy overhaul, called the Energy Modernisation Plan, would require an impressive 3GW energy storage to be installed by 2030, meaning it would overtake California and New York for the biggest storage mandate in the country.

The proposal was put forward recently by the Arizona Corporation Commission’s Andrew Tobin as a way to both decarbonize the state’s power supply, and to meet its peak power demand in a cheaper and cleaner fashion.

The plan calls for the state’s investor-owned utilities to source 80% of their electricity from a mix of renewable and nuclear energy by 2050 and deploy 3,000MW of energy storage by 2030, along with reforms to boost energy efficiency, electric vehicles, and biomass.

And the plan’s proposed “Clean Peak Standard” would require utilities to deliver an increasing portion of their renewable energy during peak electricity demand hours, thus encouraging the deployment of energy storage capacity.

As Greentech Media reports, the ambitious proposal would “leapfrog” Arizona ahead of California and New York, “which have dominated the grid modernization discussion so far,” both with 50% by 2030 renewable energy targets, and storage targets of 1,300MW and 1,500MW respectively.

It also demonstrates a similar state vs federal government divide as we have seen play out in Australia, with states leading on the shift to decentralized, renewable energy, while conservative national leaders cling desperately to coal and other centralized fossil fuel generation sources.

“We’re not trying to get on the train; we’re trying to be the engine in the train,” Tobin told Greentech Media. “This is Western people doing things and setting lofty goals and reaching them.”

But as well as shifting the state’s focus to renewable energy and storage, a major aim of the plan would also be to shift the focus away from gas generation, which, according to UtilityDive, Arizona utilities have been doubling down on.

“What this plan is saying is we aren’t going to build our future on natural gas — the backbone of the system over the next 40 to 60 years will not be gas,” said Lon Huber, a consultant who worked to craft the original Residential Utility Consumer Office RUCO) proposal.

If approved, Huber said, the plan would make Arizona “the first state to attempt to modernize its renewable portfolio standard to reflect the recent advances in energy technologies.”

The Clean Peak element of the plan is particularly interesting. According to UtilityDive, regulators would base this on how much electricity from renewables each utility delivers during peak demand hours today.

Utilities would then have to “incrementally increase that baseline figure 1.5 percent per year on average until 2030,” according to Tobin’s plan.

As Greentech Media notes, “that will, in all likelihood, require energy storage to make renewable power plants dispatchable on command.”

But in a state known for its excellent solar resource – and Tucson Electric’s record-breaking solar PPA result of $US0.03/kWh last year – the focus is expected to be on solar and battery storage.

“The overhaul would help Arizona harness its uniquely low-priced solar resource, deliver it at peak times, and do it through long-term contracts that eliminate fuel price risk for consumers,” said GTM, paraphrasing Huber.

“The whole idea is, who doesn’t love solar? And if solar doesn’t have a place in Arizona, where does it have a place?” Tobin said.

Although, as Greentech Media notes, the biggest beneficiary of the plan – if it should be legislated – might be the storage industry, “which would receive long-desired market recognition for holding clean power for use at times of high grid demand.”