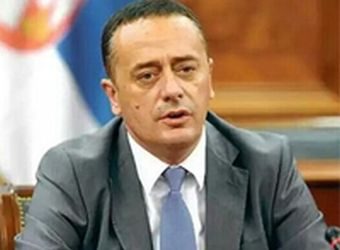 Photo: Ministry of mining and energy

Serbian Minister of Energy and Mining Aleksandar Antic announced that a total of 140 million EUR would be invested in an overhaul of the Kolubara mining complex.

Touring the Kolubara strip mines Antic said that he had received confirmation from the company management on his ministry’s stance that more needed to be invested in the mining sector.

“According to the business plan for 2016 we will have EUR140 million for investment and system maintenance, i.e. overhauls in Kolubara. This will be well placed money by the power utility company (EPS) in building up capabilities and strengthening the mining sector,” Antic said.

Antic recalled that in the previous period the thermal sector had helped increase power output, while thermal power plants accounted for 80 percent of the total energy produced for domestic users.

Recently, he said, an average of 70,000 tons of coal a day was shipped off to power plants.

“Those are big quantities, although not the maximum. When the weather settles we will go back to producing the maximum amount of 90,000 tons a day,” he said.