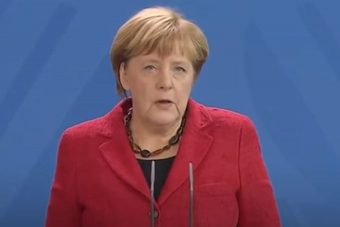 The federal government of Germany is looking to avoid the diesel car bans and usage restrictions in the country — on every level of government, whether regional or city level — German Chancellor Angela Merkel was quoted as saying on Wednesday.

Following a two-day cabinet meeting focused on various subjects (including possible city-level diesel car bans), the German Chancellor spoke to reporters and noted: “There are no plans for a big car summit, but there surely will be meetings of the technical working groups which have been created in the framework of this summit process.”

That comment is a reference to the German federal government’s intention of stymieing further talk about the potential ban of diesel cars by local authorities in cities and regions where air pollution levels pose a threat to public health.

The coverage from Reuters provides a bit more information: “Merkel added that the transport minister and the environment minister had agreed that any driving restrictions in the form of ‘blue badges’ or city bans for diesel cars should be avoided.”

These comments follow a strident denial by Germany’s Transport Minister that the federal government was considering the creation of a joint fund with the country’s auto manufacturers (to be used for diesel car retrofits) as a possible means of avoiding the city-level or regional ban of such vehicles.

The German magazine Der Spiegel had reported previously that just such a joint fund was being considered by the Merkel administration. The bad PR that followed that report seems to have possibly nixed the idea … for now.