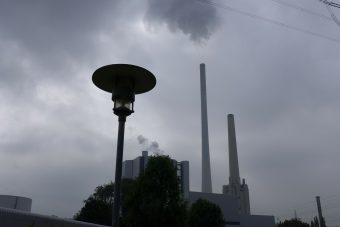 UK carbon emissions last year reached their lowest level since the general strikes and the Wall Street Crash of the 1920s pushed emissions to a record low.

That is the conclusion of a new analysis of government figures from website Carbon Brief, which estimates that carbon emissions fell six per cent in 2016, driven by further sharp falls in coal use.

Published ahead of the government’s official statistics later this month, the analysis suggests UK carbon emissions last year stood at around 381 million tonnes – the lowest level since 1894, outside of a couple of years in the 1920s when a wave of strikes hit industrial production.

The sharp fall in emissions was largely credited to a 52 per cent fall in coal use, as power generators switched to gas and renewables, and energy efficiency measures continued to take effect.

“While CO2 emissions from coal collapsed, CO2 from gas increase by 12.5 per cent in 2016, as electric utilities switched from burning coal,” the report notes. “It’s worth noting that despite this increase, gas use remains well below the highs seen in the 2000s.”

Carbon Brief said UK carbon emissions have now fallen around 36 per cent since 1990, while coal use has plummeted 74 per cent over the past decade.

However, the report noted that efforts to force unabated coal power completely off the grid face a key test this week as Chancellor Philip Hammond faces calls to confirm whether the carbon price floor tax will extend beyond 2021 and announce the level of financial support new clean energy projects can expect during the 2020s through the levy control framework.

The carbon price floor, which imposes a charge of £18 a tonne on polluters, has been credited with driving the closure of coal-fired power plants far earlier than expected as the economics of coal generation have struggled to compete with gas and renewables.

However, the policy has been repeatedly criticised by heavy industry, despite government measures to protect them from the bulk of the charge and the resulting impact on energy bills.

“Thanks to a combination of increased capacity and stronger winds, output from turbines was up more than two-fifths compared to the same period last year,” said WWF Scotland’s director Lang Banks. “This was enough power to provide the equivalent of the electrical needs of almost four million homes. As well as helping to power our homes and businesses, wind power supports thousands of jobs and helps Scotland to avoid over a million tonnes of polluting carbon emissions every month.”