Fresh Agriculture Technologies is developing software solutions to assist in fruit production. A team of seven people of different professions, from agronomists through developers to economists, contributed to the digitisation of agriculture by designing the MapMyApple application, which even Delta Agrar has included in its production. 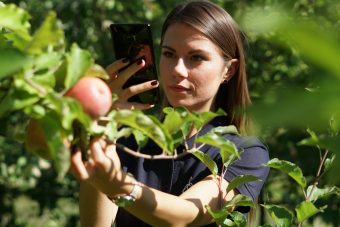 One of the members of Fresh Agriculture Technologies, Jovana Djordjic, announced that she and her colleagues would not stop at apples, but would also help those who cultivate peaches, cherries and pears, Coming from their computers to the Android and Apple app stores and then our gadgets, in the future we can also expect MapMyPeach, MapMyCherry and MapMyPear to arrive. But let’s first get to the core of their “firstborn”!

“Since the founding of the company, we want to implement the agronomic knowledge of apple growing experts into one simple application. We live in an era when every person has a phone at hand at all times, so our starting idea was to provide every fruit grower with the information they need to do the orchard work as effectively and accurately as possible with just one click on a mobile device”, she explained. She added that MapMyApple creates daily recommendations for the implementation of basic agricultural measures such as irrigation, nutrition and protection. An additional feature it offers to its users is the early identification of disease and the presence of pests based on photography.

Their first “virtual agronomist” was intended for apple growers because it is by far the most popular fruit in the world. As many as 5 million hectares planted, an average yield of 30 tonnes per hectare and about 2.5 million people
involved in apple cultivation – those are just some of the figures that pushed them to make MapMyApple their initial step in linking agriculture and information technology.

“From the discussions with the fruit growers we have concluded that the knowledge of agronomists and environmental protection experts is expensive for many them, and at the same time, it is important if they are striving for responsible and serious business. For this reason, our application is affordable for small and medium-sized agricultural holdings and monitors the situation in the orchard 24/7. MappMyApple takes into account parameters that people without the help of computers are unable to simultaneously follow and coordinate, such as apple variety, planting year, weather, orchard location, satellite plot monitoring, soil analysis, chemical and mechanical characteristics of soil and so on. After processing all of the above, the application defines a plan for optimal production, which ultimately aims to increase yields and reduce the consumption of fertilisers, water, chemicals, as well as human power, in parts where the biological potential of the soil and plants is weaker,” the interviewee revealed, adding that the app is available for download on the Google Play Store and the App Store. The trial period is 30 days after registration, and after that, the usage is charged monthly.

Why should a fruit grower trust this network of algorithms instead of the word of an expert in real life? 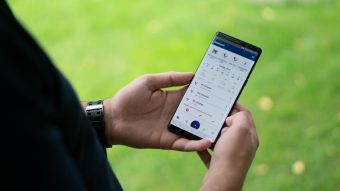 “The advantage to the virtual agronomist is that the machine based application simultaneously collects and processes alarge amount of information from orchards and their environment that affect the agricultural activities. The next important point is accessibility, both when it comes to its affordable price and the continuous support – a MapMyApple user can ask questions or report a problem through an app and receive an agronomist’s response immediately, without waiting. However, not all farmers are ready to switch to using the application completely and lose contact with the person who will tell them on the phone what, when and how to do in the orchard. That’s what the real agronomists benefit from! The trend of technology adoption is on the rise, and I believe that every farmer will transition to using it in the very near future because of the speed, precision and timeliness of the data”, Jovana said.

She also outlined the differences that she noticed between local and other markets. “The cult of precision agriculture is being cultivated much more abroad, and people can educate themselves in many more places, such as international fairs, webinars and conferences. With that in mind, we strive to provide our users with education and to convey to them the atmosphere and novelties from the events we participate in, as well as to organise meetings with them and to enrich their knowledge through blog texts and other marketing channels”, she emphasised and stated that their breakthrough into the “digital” world, despite the partial backlash of Serbian farmers, still started in our country. “So far, we have targeted Serbia the most. The reason is, first of all, the closeness of the users. The whole team is here, so it’s easy to get around. We also had a lot of users from North Macedonia, more precisely the Resen region, where a lot of apples, are grown”, Jovana concluded, pointing out that the next targets of Fresh Agriculture Technologies are America and Turkey.