When we think of Amsterdam, one of the first things that comes to mind is the city’s affinity for bikes. Now, they’re taking it a step further with a plan to eliminate 11,200 inner-city parking spots by the end of 2025. 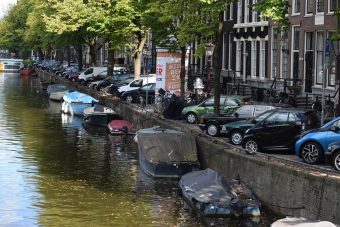 The city’s plan is to remove the parking spots gradually, reducing the number of people allowed to park in the city center by 1,500 per year. Currently, a permit is needed to access city parking, so the city will simply reduce the number of permits as well as increase the cost. In practice, the city won’t actually revoke any parking permits, but rather decline to renew any that expire or are given up.

Just as CleanTechnica has reported on Oslo’s parking spot removal, Amsterdam too plans to replace former parking spots with bike lanes, trees, parks, and walking paths to improve quality of life within the city.

The plan was put forward by the city’s coalition of left and centrist parties, with the largest share held by the Green Left party (GroenLinks). Part of the initial coalition agreement was to reduce parking space. While only 22% of Amsterdam transport is via car, the fact of the matter is that the city roads are quite small and there’s simply a lack of space. The majority of Amsterdammers travel by bike, and the roads should soon reflect that.