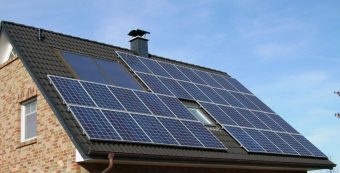 Almost 90 per cent of rooftops in the US catch enough sunlight to be suitable for generating solar power, analysis by Google has found.

The tech giant’s ‘Project Sunroof’ initiative has analysed around 60 million buildings across all 50 US states since 2015, concluding that 79 per cent are technically viable for generating solar power – meaning the rooftops have enough unshaded area for PV panels.

The initiative found over 90 per cent of homes in Hawaii, Arizona, Nevada and New Mexico were technically viable for solar rooftop PV, while buildings in states including Pennsylvania, Maine and Minnesota have closer to 60 per cent suitability.

According to the data, Houston in Texas has the most solar panel potential of any US city, with an estimated 18.940GWh of rooftop solar generation potential a year, just ahead of the cities of Los Angeles, Phoenix, San Antonio and New York.

Putting that into perspective, Google highlighted US Energy Information Administration data showing the average US home consumes almost 11GWh per year, meaning a single gigawatt of power is enough to supply 90 average homes for an entire year.

Google said it used satellite imagery from its Google Maps and Google Earth services alongside 3D modelling and machine learning for the research, while calculating and taking into account weather patterns and the position of the sun at different parts of the year.

The data suggests that if the top 10 US cities for solar potential installed their full PV capacity, they would produce enough energy to power eight million homes across the US each year.

Google itself is aiming to ensure its business and operations are powered by 100 per cent renewable electricity this year, making it one of the largest purchasers of renewables in the world.

The University of Texas at Austin recently revealed that 94-year old Goodenough – an engineering professor at the institution – led a team of engineers who have developed the ‘first’ all-solid-state battery cells, which they say could lead to safer, faster-charging, longer-lasting rechargeable batteries for handheld devices, electric cars, and stationary energy storage.

According to the University, the research – which was completed by Goodenough alongside senior research fellow Maria Helena Braga – demonstrated that the new battery cells have at least three times as much energy density as existing lithium-ion batteries commonly used today.

Energy density determines an electric vehicle’s driving range, so an EV with a higher energy density can travel for longer between charges, Goodenough explained. The breakthrough has also improved the battery formulation to allow a greater number of charges, thereby improving the battery’s life cycle and speeding up its recharge time.

Goodenough and his team are now working on several patents for the battery technology and hope to work with battery makers to help develop and test materials in EVs and storage devices.

“Cost, safety, energy density, rates of charge and discharge and cycle life are critical for battery-driven cars to be more widely adopted,” Goodenough said. “We believe our discovery solves many of the problems that are inherent in today’s batteries.”