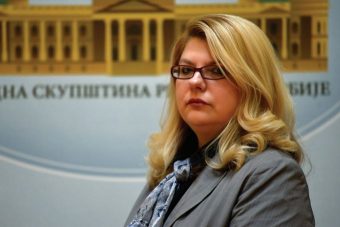 In late September 2016, a conference on “Energy efficiency in public buildings in Serbia” was held at the hotel Metropol and was organized by GIZ, Ministry of Energy and Mining and the Faculty of Architecture. At this meeting, we learned more about the methodology of collecting and processing data on public buildings and comprehensiveness of this project, keeping in mind that in the last 20 years there were no investments in Serbian cities.

Among the speakers was also Ms. Aleksandra Tomic, PhD, who addressed the conference on behalf of the National Assembly of the Republic of Serbia. We talked to her in the building of the National Assembly, in the luxurious ambience of one of the three buildings that thanks to Ms. Tomic got an energy passport. The reason for our conversation is newly formed, informal parliamentary group called Serbian Parliamentary Energy Policy Forum. Ms. Tomic is the President of this group.

EP: The project “Energy efficiency in public buildings in Serbia” that GIZ supports is important for Serbia in terms of restoring public buildings, municipalities, schools and hospitals on the local level. You are involved in this project on behalf of the Parliament, so tell us what is the existing situation like and whether, in your opinion, the project can improve the situation on the local level.

Aleksandra Tomic: Within the cooperation between the German GIZ and NARS (National Assembly of the Republic of Serbia), which was established for monitoring implementation of the Law on the Rational Use of Energy, which the Serbian Parliament adopted on March 15th 2013, with particular emphasis on energy efficiency in buildings, Committee on the Economy, Regional Development, Trade, Tourism and Energy formed a Subcommittee to deal with these issues. Therefore, our cooperation lasts from 2013.

The Committee, which I chaired then realized that issues relating energy should be pointed out and set aside for the public to hear the truth about energy policies of all political actors in the world. Here, I have in mind EU countries and countries of the region in the first place, because they are an integral part of the political relations of the countries we cooperate with. Therefore, we have always been active participants in GIZ projects. In that way, we realistically represented all entities who seek for new legislation as MPs. 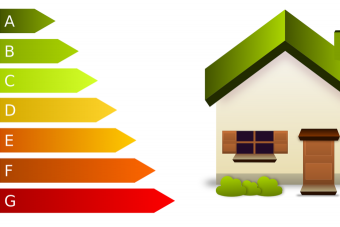 The relationship with local governments is an inseparable part of functioning of MPs, the Committee and NARS, with a special emphasis on the implementation of the new laws. They are not only the obligation of the authorities on the national level, but also authorities on the local level. GIZ really invested a lot of effort and the results are visible. However, the needs are much greater, because it is obvious that nothing has been done for 20 years in this area until 2012.

EP: Tell us more about the activities of the Serbian Parliamentary Energy Policy Forum that you lead. You have effective international activity, such as the Conference Bioenergy held on November 18th, 2016 in Belgrade. Also, you have plans for exchange with the German Parliament in June 2017. Why are these experiences important for us and whether the implementation of solutions from developed countries is possible in our legal system and energy?

Aleksandra Tomic: Serbian Parliamentary Energy Policy Forum is an informal parliamentary group which at this Assembly consists of 15 MPs. Meanwhile, another 14 MPs from several parliamentary groups submitted a request for membership. The Forum has 10 permanent members from the group consisting of 90 non-parliamentary members from other institutions: universities, companies, civil society organizations and the media. The activities of the Forum do not replace the activities of other institutions, but they are complementary. The Forum organizes events where the key actors in the energy sector meet, inform each other and discuss all the issues in the energy sector. Given the fact that MPs pass laws, open dialogue is necessary with all the actors who enable MPs to make decisions based on quality information that reflect numerous points of view. In this context, the meetings of Serbian Parliamentary Energy Policy Forum, is the place where all local, state, regional, European and other international actors in this field meet.

During these meetings, they exchange information and express opinions. In the last Assembly from 2014 to 2016, we had seven meetings and several conferences and other activities where we discussed
various issues. Some of these issues concern the possibility of using biomass for energy purposes, possible models of funding energy efficiency in buildings, as well as the topic in the field of mining and mining-geological research. Energy Development Strategy of the Republic of Serbia until 2025, with projections until 2030, we have considered at five simultaneously held panels, on which many journalists participated. Each participant had the opportunity to express their opinion, ask questions and participate in the discussion and the result is our recommendations of the
Forum that we submitted to the Ministry of Mining and Energy and published on the website of the National Assembly.

Clearly shaping energy policy objectives and creating opportunities for their achievement is a necessary perquisite for ensuring the economic development of Serbia. There is no economic development without good energy policy. Adequate setting of the targets enables the reduction of poverty, affects the increase in employment and the health of the nation. In a country like ours, with limited energy resources, limited human resources and without the ability to significantly influence global politics, it is not an easy task. A good energy policy enables a rational and efficient use of our limited resources, provides the ability to earn money, as well as heating and transport. I must say that events like conference COP21 influence the eventual review of the goals set forth in the Energy Strategy, which we adopted at the beginning of December 2015, and the objectives of the National Strategy for Sustainable Development we will have to revise as soon as possible.

EP: You have been involved in the preparation of energy passports for three significant buildings in Belgrade. How do you assess last year’s introduction of Energy Managers in the management system in our country, and the necessity of making energy passports?

Aleksandra Tomic: One of the results of the work of the Committee and Subcommittee, which I mentioned earlier, is also creation of energy passports for three most important buildings in Belgrade, which was conducted by the Faculty of Architecture in Belgrade based on the cooperation between GIZ and NARS. Buildings that have received energy passports are the edifice of the National Assembly of the Republic of Serbia, the Presidency of Serbia and the Palace of Serbia. These are the initial documents, without which you cannot start doing anything precise in the direction of reducing energy consumption. The introduction of Energy Managers in the system is a major step forward for Serbia. They are essential because they provide support to local governments in terms of personnel, in order to start developing energy passports for all the buildings owned by the Republic or local authorities. Regional Chamber of Commerce provides the assistance in obtaining certification of Energy Managers, which makes the inclusion of the economy in improving the process of introducing energy efficiency much higher. Otherwise, the law that introduced the function of Energy Managers in the system is a part of the EU standards, and this occupation is also considered to be one of the most popular and highest-paid not only in the EU but also in the world. If we want to reduce budget costs and increase public expenditure, and to use energy more rationally, this is a sure path to economic development of Serbia.

This text was originally published in our bulletin number 7 – Energy Efficiency, on April 1th. 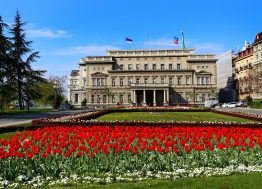 Aiming for Healthier and Greener Belgrade 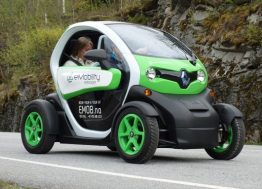 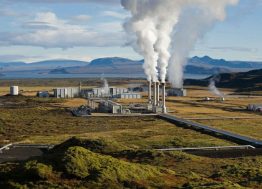 From a Family Manufacture to a Reputable European Company