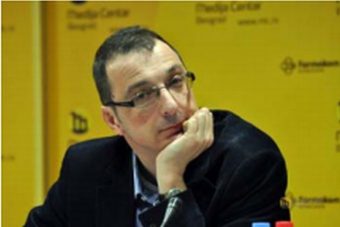 Our interlocutor is Aleksandar Jovovic, a full professor at the University of Belgrade, Faculty of Mechanical Engineering. The focus in research and scientific work of the Professor Jovovic is process engineering and the environmental protection. He is a full member of many governmental and nongovernmental organisations. He cooperated with a large number of international institutions and organisations in Serbia and in the Balkan region. We have learned many things from him about RESPONSIBLE COMPANIES.

EP: What does Serbia need to do in order to develop the environmental protection in the right way? How can we commit foreign investors to follow high standards concerning this matter?

Aleksandar Jovović: As far as the environment is concerned, the compliance of the regulations is a classical political issue. It depends directly on the political will. Serbia generally speaking has pretty good stipulated laws concerning the environmental protection. We didn’t transpose everything from the EU, but when it comes to the air protection part of regulations, it has been a part of our laws for years. We had regulations on pollution emissions even in 1997, and now we have a regulation which has been valid for 5 years. The point is whether it is obeyed or not. It is obeyed very rarely since the biggest systems do not have the possibility to obey the regulations. The entire electric power industry, industrial complexes are not able to follow the regulations. They need a long period to obtain funds, and then to invest funds in, for example, desulphurisation in order to obey the regulation which is similar to the European. There are even penalties. It happens that inspection visits customers and they even lay down measures and penalties. Fines are not low, but they are not significant either. Practically, no Manager can do anything but to be punished. They pay penalties but there is no mechanism what to do if you do not have that money.

The construction of the plant for the pollution reduction costs several million euros. Less demanding projects are mostly completed, as for example the reconstruction of electrostatic precipitators in a public enterprise EPS, and maybe just few have not been reconstructed yet. For example TPP Morava starts with a reconstruction. In order to invest in desulphurisation you need 200 million euros, so you need to obtain a loan or some sort of a grant. TPP Kostolac obtained a loan from China, but you need a lot of time in order to get a loan. Situation is much better when it comes to foreign companies, which are in the property of foreign investors. Those companies have their own rules, and independently from our legislation they would introduce the measures. It refers to companies such as Lafarge, Coca Cola, Titan. They have their own criteria that must be met and they invest in the sector of environmental protection. The biggest problem in my opinion is in the companies that are owned by the State. They have huge capacities and they need a huge amount of money or they are in such a poor condition that we do not know what will happen with them.

EP: What is the situation in our society when it comes to the awareness level in the environmental protection?

Aleksandar Jovović: The situation in Serbian society is the key problem. Society as such does not understand the problem of environmental non-compliance. The politicians also don’t understand. The question is how much it costs to disobey the regulations when it comes to energy sector, in the long run, by reducing the years of life, through the number of people suffering from numerous diseases? So, people do not die momentarily due to the pollution but they invest in disease. We have an increased number of ill people in certain areas because they breathe in this or that kind of air. You send your pollution to other countries, they send you theirs. It is very difficult to make an assessment. The point is that the environment has an impact on the quality of life. When Europe adopted new Industrial directive they didn’t decide to do that just like that. They did the analysis of the previous directive and concluded that sulphur, in some parts of EU, was significantly reduced. They have reached the possible minimum of harmful gases emission in the most polluted parts of EU. In the long run they gained a lot and then they made new technical and economical analysis. You can find that study on the European Union’s websites. The study shows how much it will cost to follow the new directive in billions of euros, and how much they will earn since people will be healthier and will be treated less, etc. When you live in a poor country, and here I think about countries around us not only Serbia, you should invest a billion euros in electric power industry. Not investing that billion will cost you other 30 billion in a certain period of time. Those 30 billion for you is abstract, you don’t see them and therefore you have a feeling that you aren’t actually making profit. On the other hand you cannot forget about energy sector either. The state will of course close each acutely hazardous, but in a real situation it tolerates.

EP: How can we introduce courses related to theenvironmental protection into education system? How can we change the way of thinking of all the participants of society and do we do enough on this issue in your opinion?

Aleksandar Jovović: It is best to work with new young generations, but when they grow up they realise that it does not function. It doesn’t function because we don’t have continuous political decision. We want it to function as a normal country on all issues, but you conduct everything in the long run! Imagine that we started to educated five-year olds in 2000. Today you would have people of 20 who think in a totally different way. No one is seriously engaged in that. Each kindergarten has programs, schools also, even I teach 5 subjects on the environment. And this sounds good, but due to million technical and administrative problems things don’t function. The Ministry in the key sector for issuing integrated so-called environmental e-permits has three employees. If they worked 24/7 they wouldn’t be able to timely issue e-permits in accordance with the regulations. Everything is complicated when you live in a financially unstable country. In the 90s all EU countries experiences the greatest success and we were at war. We stopped progressing and a huge difference was made and now it is difficult to compensate that. Not even Bulgaria, Slovenia and Croatia can reach the deadlines which they set in the negotiations with the European Union just like that.

This interview has been first published in Energetski portal bulletin Responsible Companies Environmental Protection in March 2016. 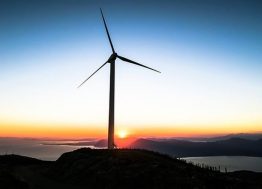