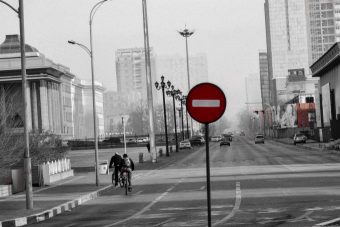 Despite all of the work put in as part of a campaign to reduce air pollution there, air quality in Northern China was just as bad in September 2017 as it was in September 2016, data from the Ministry of Environmental Protection (MEP) has revealed.

Considering the actions taken by the government there this year, the news doesn’t bode well for the country’s ability to greatly reduce its growing air pollution problems — and may end up provoking a negative public reaction considering the government’s promise to clean things up somewhat by the end of the year.

It should also be noted that the country’s PM2.5 levels actually rose to 64 micrograms per cubic meter over first 9 months of 2017 — up 10.3% year-on-year, despite atarget of reducing the yearly average by 15% during 2017.

“Of 74 cities monitored by the MEP, Beijing, Tianjin, Zhengzhou in Henan, Taiyuan in Shanxi and six cities in Hebei province, including the steel producing city of Tangshan, were China’s most polluted cities last month,” Reuters notes.

“All of the cities were among the 28 named by the MEP in August to be subject to a major campaign to tackle air pollution this winter. But ahead of the campaign, local authorities had already begun to inspect factories, forcing many to shut down some of their operations during September. Hebei province has sent out 1,400 inspectors to conduct environmental checks across the province since early September.”

All of this comes just before the winter heating surge begins in the country — which sees coal-fired heating plants rapidly ramp up output, with air pollution levels rising in response.

Plans this year, though, are to require the energy-intensive steel, cement, smelting, and coke industries to stagger production, and to limit use of coal-fueled trucks, from the middle of November until the middle of March. It remains to be seen how effective these plans will be.