Scientists have found the first evidence that particles of air pollution travel through pregnant women’s lungs and lodge in their placentas. 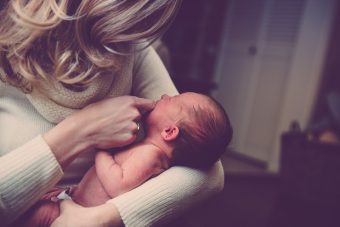 Toxic air is already strongly linked to harm in foetuses but how the damage is done is unknown. The new study, involving mothers living in London, UK, revealed sooty particles in the placentas of each of their babies and researchers say it is quite possible the particles entered the foetuses too.

“It is a worrying problem – there is a massive association between air pollution a mother breathes in and the effect it has on the foetus,” said Dr Lisa Miyashita, at Queen Mary University of London, one of the research team. “It is always good if possible to take less polluted routes if you are pregnant – or indeed if you are not pregnant. I avoid busy roads when I walk to the station.”

A series of previous studies have shown that air pollution significantly increases the risk of premature birth and of low birth weight, leading to lifelong damage to health. A large study of more than 500,000 births in London, published in December, confirmed the link and led doctors to say that the implications for many millions of women in polluted cities around the world are “something approaching a public health catastrophe”.

The new research examined the placentas of five non-smoking women who all delivered healthy babies. The researchers isolated macrophage cells, which are part of the body’s immune system and engulf harmful particles such as bacteria and air pollution.

Using an optical microscope, they found 72 dark particles among 3,500 cells and then used a powerful electron microscope to examine the shape of some of the particles. They looked very like the sooty particles found in macrophages in the lung, which catch many – but not all – of the particles.

While further analysis is needed for final confirmation, Dr Miyashita said: “We can’t think of anything else they could be. It is very evident to us they are black sooty particles.” Earlier experiments have shown that particles breathed in by pregnant animals go through the bloodstream into placentas.

“We do not know whether the particles we found could also move across into the foetus, but our evidence suggests this is indeed possible,” said Dr Norrice Liu, also at Queen Mary University of London and part of the team. “We also know that the particles do not need to get into the baby’s body to have an adverse effect, because if they have an effect on the placenta, this will have a direct impact on the foetus.”

The research is being presented Sunday at the European Respiratory Society’s (ERS) international congress in Paris. “This research suggests a possible mechanism of how babies are affected by pollution while being theoretically protected in the womb,” said Prof Mina Gaga, who is ERS president and at the Athens Chest Hospital in Greece.

“This should raise awareness amongst doctors and the public regarding the harmful effects of air pollution in pregnant women,” she said, noting that harm to foetuses can occur even below current European Union pollution limits. “We need stricter policies for cleaner air to reduce the impact of pollution on health worldwide because we are already seeing a new population of young adults with health issues.”

Unicef executive director Anthony Lake recently warned of the danger of air pollution to babies: “Not only do pollutants harm babies’ developing lungs, they can permanently damage their developing brains – and, thus, their futures.”

Separate research, also presented at the ERS congress, found that children with early onset and persistent asthma fared far less well in education than those without the condition. Asthma in children has long been linked to air pollution.

The study, conducted over 20 years in Sweden, showed that children with asthma were three and half times more likely to leave school at the age of 16 with only basic education and were also twice as likely to drop out of university courses.

Dr Christian Schyllert, at the Karolinska University Hospital in Stockholm, said: “This study suggests [these] children have worse life chances when it comes to their education and their future jobs.” He said one possible reason could be that children with asthma are known to have lower school attendance.