Air pollution has been linked to a drop in activity of female ovaries, researchers have revealed. 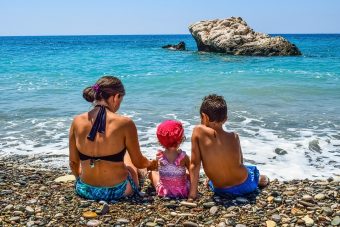 Experts say the findings suggest that female reproductive system is affected by environmental factors, although the study does not specifically look at the impact of air pollution on fertility.

However, they added that if such an effect was permanent, it might mean that women might have a shorter period of their life in which to reproduce and earlier menopause.

“The environmental aspects of our lives are so important that we should take care of indoor and outdoor environments,” said Antonio La Marca, a researcher at the University of Modena and Reggio Emilia, Italy.

The findings, presented at the annual meeting of the European Society of Human Reproduction and Embryology, are based on a study of levels of a hormone called AMH. This is released by cells in the ovaries and gives an indication of a woman’s ovarian reserve – the number of viable eggs the ovaries can produce. This level differs among women and is affected by a number of factors, including genetics, age and smoking. Its link to fertility is debatable: a low ovarian reserve does not necessarily mean a natural conception will be difficult.

However, La Marca said previous studies suggested that there could be a link between higher air pollution and reduced fertility in women, and animal models have inferred air pollution could affect levels of AMH.

To explore the issue further, La Marca and colleagues looked at AMH levels in about 1,300 women, the samples being collected in Modena between early 2007 and autumn 2017. From the home addresses of the participants, the team estimated daily levels of small particulates known as PM2 .5s and PM10s, as well as levels of nitrogen dioxide.

For women over the age of 25, levels of AMH in the blood fell with age. After taking age into account, however, the team found AMH levels were lower among women who lived in areas with higher levels of air pollutants.

More specifically, when the team split air pollution levels into four bands, they found women living amid the worst pollution were two to three times more likely than those in other bands to have AMH levels below 1ng / ml – a level the team say signifies a severely low ovarian reserve. La Marca said earlier research had shown only about 10% of healthy women under the age of 30 had such low levels of AMH.

La Marca said while the link between AMH levels and the chances of becoming pregnant naturally in the short term remained unclear, the results suggested environmental factors could play a role in female reproductive health.

The study has limitations, not least that the team was unable to take into account other factors, such as poverty and poor health, which tend to be more prevalent in areas of high pollution and may also affect AMH levels. What’s more, AMH and pollution levels were not tracked over time.

Richard Anderson, a professor of clinical reproduction at the University of Edinburgh, said that while the impact of environmental factors on sperm count and quality was a topic of much research, there was much less work on possible effects on the female reproductive system.

“This shows a reduction in the activity of ovaries in women [living in areas of high air pollution]”, he said, although he pointed out that the levels of air pollution that women were directly exposed to was not measured.

Anderson said questions remained. “There is uncertainty in whether this is a permanent effect, which may indicate a reduced reproductive lifespan and earlier menopause, or whether this is a temporary effect that women could recover from if they are no longer exposed to those chemicals,” he said. 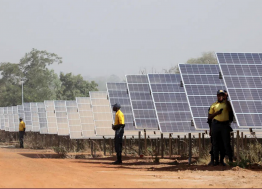 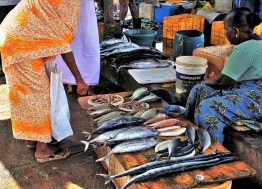