Poisonous air estimated to cause premature deaths of 7 million people a year worldwide.

In addition to having a deadly impact on people’s physical health, air pollution is now also believed to be responsible for a profound reduction in intelligence, a new study indicates.

Chronic exposure to airborne particulate matter appears to cause significant falls in test scores for both language and arithmetic, with average results equating the impact of poisonous air to losing a year’s worth of education. 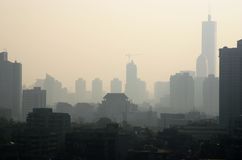 The research was carried out in China, but is relevant around the globe, as over 91 per cent of the planet’s population live in areas with dangerous air and is now the fourth-highest cause of deaths worldwide, according to the World Health Organisation.

In the UK, poisonous air is estimatedto claim 50,000 lives annually, and  the European Commission referred the British government to court for breaching EU air quality rules.

The Chinese study, published in the Proceedings of the National Academy of Sciences, took place over four years and analysed verbal and arithmetic tests taken by 20,000 people of all ages.

The results indicate prolonged exposure to poor air appears to cause a degradation of cognition which worsens with advancing age.

Pollution also increases the risk of degenerative diseases such as Alzheimer’s and other forms of dementia, the study suggests.

“The damage on the aging brain by air pollution likely imposes substantial health and economic costs, considering that cognitive functioning is critical for the elderly for both running daily errands and making high-stake decisions.”

The negative effects of pollution appeared to have a more pronounced effect on people’s verbal abilities, which the authors hypothesise is due to pollution having a stronger effect on parts of the brain necessary for verbal tests.

The combined effects of ambient and household air pollution cause about 7 million premature deaths across the planet each year, largely as a result of increased mortality from stroke, heart disease, chronic obstructive pulmonary disease, lung cancer and acute respiratory infections the WHO estimates.Earlier this year a major study by researchers from Stanford University and the University of California suggested almost a quarter of child deaths in sub-Saharan Africa could be prevented by improving air quality. 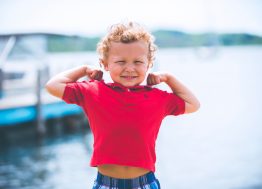