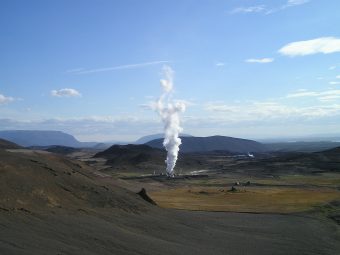 More than 500 experts, governments, civils society, academia and the private sector representatives from Africa and other regions agreed on the agenda of regional cooperation and accelerating geothermal development in Africa, as the Eighth African Rift Geothermal Conference (ARGEO C8) concluded on 6 November.

Participants recognized the need for capacity development for geothermal practitioners to ensure effective development of these projects through the newly established Africa Geothermal Centre of Excellence. To ensure successful exploration and development, it was agreed that geothermal resources must be anchored in knowledge-based exploration that informs decision makers to develop appropriate policy and regulatory framework.

The five-day virtual conference, held under the theme “Energy and sustainability, seizing the moment to invest in geothermal resources for sustainable development”, was hosted by the Government of Kenya in partnership with United Nations Environment Programme (UNEP), the African branch of the International Geothermal Association, the Kenya Electricity Generating Company, the Geothermal Development Company as well as the Geothermal Association of Kenya.

In his opening remarks, Charles Keter, Kenya’s Cabinet Secretary for Energy, emphasized the need for innovation and capacity building in geothermal development to power economic and social growth in the continent.

“This Conference provides Kenya with a platform to build partnerships with other African countries who are in various stages of geothermal development, and to deepen cooperation in skill, capacity and technology transfer,” Keter said.

Participants recognized direct use of geothermal resources as a potential game-changer for the economies and livelihoods of rural communities across the continent through meaningful participation of communities in the development and implementation of geothermal projects.

Juliette Biao Koudenoukpo, Director and Regional Representative for UNEP’s Africa Office, pointed out that the conference and its outcomes would contribute to the achievement of the Goal 7 of the SDGs, on affordable and clean energy.

“Renewable energy can and will change the African energy challenges and narrative. Energy-use statistics in Africa reveal a worrying scenario; Africa has 13 percent of the global population, yet its share in global electricity consumption is less than 3 percent, and only 25 percent of Africans have access to electricity. More than 70 percent of Africa is dependent on traditional biomass fuels,” she said. 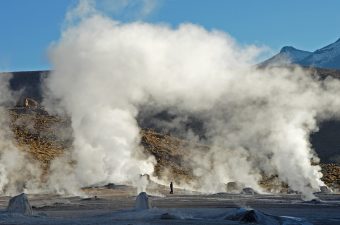 Delegates agreed to increase geothermal resources installed by a capacity of at least 2,500MW of electricity in the region by 2030. Geothermal stakeholderss will continue collaborating with UNEP under the ARGeo programme to create regional networking platforms to raise awareness about geothermal resource potential in Africa.

Ólafur Ragnar Grímsson, former President of Iceland, also addressed the conference, revealing that his country’s rapid industrial development was spurred by its investment in renewable energy projects from the development of geothermal energy.

“We advocate for food production to be part of the geothermal development dimension. Solar, wind power and geothermal energy is the foundation to help us fight the pandemic of fossil fuel pollution and dirty energy, which kills as many as approximately 7 million people around the world. We are determined to continue this geothermal cooperation with African countries,” he said.

In her remarks during the virtual conference, Amani Abu-Zeid, the African Union (AU) Commissioner for Energy and Infrastructure said the AU recognises the need for regional cooperation, as well as the participation of the private sector and international institutions to invest in order to accelerate the development of geothermal resources in the region. She affirmed the need to develop the skills of homegrown experts through regional institutions, and also emphasised the need for women to be present and visible throughout the geothermal value chain.

Delegates also agreed to work through the newly launched Africa Women Advancing Geothermal as well as the African Geothermal Association to enhance cooperation and information exchange in the region.