Adidas has long been committed to the fight against single-use plastics. Since 2015, it has partnered with Parley for the Oceans to respond to the plastic pollution crisis threatening marine life. In June, Adidas CEO Kasper Rorsted announced the company had sold one million shoes made from plastic collected and recycled from the oceans. 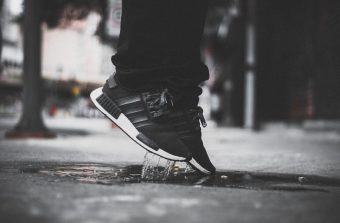 Now, the company is stepping up that commitment with a vow to use only recycled plastics in all its products by 2024, CNN Money reported Monday.

This means the company will also abandon new polyester, a popular sportswear material that makes up around 50 percent of the material in Adidas products, Adidas global brands head Eric Liedtke told The Financial Times, according to The Huffington Post.

“We aim to use 100% recycled polyester in every product and on every application where a solution exists by 2024,” Adidas spokeswoman Maria Culp wrote in a statement to The Huffington Post.

To start, the company’s 2019 spring and summer line will contain around 41 percent recycled polyester, Culp said.

The company will also phase out “virgin” plastic from offices, warehouses, distribution centers and retail locations in a move expected to save 40 tons of plastic per year beginning in 2018, CNN Money reported.

Adidas already replaced plastic bags in stores with paper ones in 2016, according to The Huffington Post.

The company now also hopes to increase sales of its ocean-plastic shoes to 5 million in 2018, CNN Money reported.

The announcement comes amid growing backlash to the proliferation of plastic in the natural environment. Last week, Starbucks announced a ban on plastic straws and two Australian states began July with the implementation of a plastic bag ban in major retailers.

Plastic use has increased by 20 times in the last 50 years and is projected to double again in the next 20, but only 14 percent of it is collected to be recycled, according to CNN Money.

Head of “Detox My Fashion” at Greenpeace Kirsten Brodde said that Adidas’ announcement was a step in the right direction, but did not go far enough to address the waste endemic to the fashion industry.

“To truly be sustainable, companies like Adidas need to produce less, more durable and repairable products,” Brodde told The Huffington Post. “To solve our plastic waste problem, we need to stop producing so much plastic from the start, and in order to make fashion more sustainable, rethink a fashion system that hypes new trends every week.”