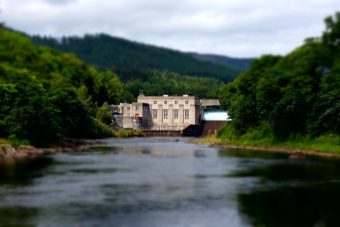 Water, which covers more than two-thirds of the planet’s surface, is fundamental to life. It is also essential to energy production.

Water is critical to pumping oil and natural gas out of the ground, thanks to hydraulic fracturing. Hydropower dams can generate power and light up cities. Water is also vital to the cooling of nuclear reactors. But fresh water is becoming less available because of various factors including population growth, intensive agriculture and of course climate change. How this will impact energy production around the world is becoming an increasingly pressing question.

The energy sector must adapt quickly, particularly in countries facing water scarcity. In India, water needs for energy production is expected to increase by almost 50% over the coming two decades as millions more gain access to modern energy services. This rising demand could lead to serious shortages, both of water and energy. In 2010 for instance a drought caused the 2.3 Gigawatt Chandrapur coal-fired power station to shut down, leading to power outages across the state, which is home to over 120 million people. Meanwhile in the United States, some 60% of existing coal-fired power plants are also vulnerable to water demand and supply concerns.

Many of the solutions are clear. Increasing the share of gas-fired and renewable power generation can play a significant role in cutting back on water use. Technological innovations also have a major role, for instance in exploiting non-freshwater sources, including salt water, treated wastewater, storm water, and reclaimed water from oil and gas operations. There are also economic solutions, such as assigning an appropriate price on water where it is currently underpriced or free.

In 2012, the IEA highlighted the importance of this critical water-energy nexus in its flagship publication, the World Energy Outlook (WEO), which dedicated an entire chapter to the issue. The following year, a WEO Special Report, Redrawing the Energy-Climate Map, considered energy infrastructure in the context of climate resilience. And most recently, the WEO-2015 examined the impact of the Chinese coal sector on water resources. It found, for instance, that coal-fired power plants were responsible for around 90% of total water use related to the power sector in China.

Once again, the IEA is recognizing the importance of this problem. This year, WEO-2016 will feature a  chapter on the water that will assess current and future freshwater requirements for energy production. This will include a detailed analysis on how the water industry uses energy, including water supply, water distribution, wastewater treatment and desalination.

As the world celebrates Water Week, it is becoming increasingly obvious that the sustainable use of this precious commodity will become critical to ensuring reliable and affordable energy supplies in the future.