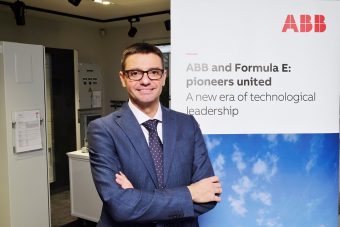 Presenting a world-class company that achieves notable results in numerous areas can be a challenging task. One of those companies is ABB, which is paving the way for the future by introducing innumerable innovations in the power equipment, electric drive, industrial automation and robotics segments. That is just one part of their business, as ABB is recognised as a company (that is) very active in the fields of renewable energy and energy efficiency. It is natural that in this pursuit of innovation, they have not neglected electromobility. They have even joined forces with Formula E, revealing to us year after year how traffic will look in the near future. We asked Milan Jevremovic, Industry Segment Manager and Electric Motor Drives Sector Manager of ABB Serbia, how they would further develop ABB and in what areas their progress would most affect the growth of the whole society.

EP: How would you present the company you work for? Would you point out a ground-breaking partnership with Formula E?

Milan Jevremovic: ABB is an innovative technology leader leading the digitalisation of the industry. With a legacy of over 130 years of innovation, today ABB is comprised of four global customer-focused business sectors: Electrification, Industrial Automation, Motion and Robotics & Discrete Automation, all supported by the common ABB Ability™ digital platform.

In addition to products that directly or indirectly reduce energy consumption, whose innovations we are constantly working on, we also offer solutions for almost every type of industry. There is also a range of products for renewable energy sources that our teams are constantly refining to make the most of these types of green energy. 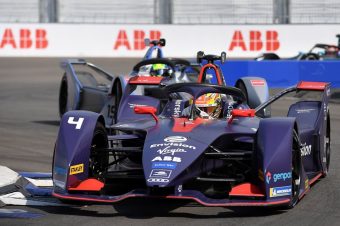 We are also teaming up with Formula E in a revolutionary partnership to foster the future of sustainable e-mobility. As the title sponsor of this competition, we have been raising environmental awareness for the sixth consecutive year and working on improving e-mobility.

Since its first race in Beijing in September 2014, Formula E has proven to be the number one in all international electric motorsports. In the next phase of development, the global leader in innovative technology, ABB gives its name, innovation and technological leadership to the series, which will now be known as the ABB FIA Formula E Championship.

Formula E serves as a concrete platform for the development and testing of electrification and digitalisation technologies relevant to e-mobility, helping to improve the design and functionality of electric vehicles and infra-structure, as well as related digital platforms. By joining forces, ABB and Formula E are ideally positioned to push
the boundaries of e-mobility.

EP: As a responsible company, ABB also participates in the education and professional practice of students of electrical engineering. So far, you have had many donations and competitions for students. Which ones would you single out as most important?

Milan Jevremovic: For many years ABB has been cooperating with all faculties of electrical engineering in Serbia through various activities. This year ABB donated top-quality equipment that made it possible for the H-Bridges team FROM the Faculty of Electrical Engineering to test their prototype converter for electric bikes, which we believe helped them win first place in the International Future Energy Challenge (IFEC). Since ABB Serbia donated equipment ten years ago, when this team also won first place in the IFEC competition, I think we found a formula for success.

Last year, we also established our robotics competition that we plan to make a tradition. Namely, ABB Serbia is the general sponsor of the competition called “ABB Robo Challenge – Touch the Future” within the seminar “Brand New Engineers – From Integral to Engineer”, organised by the Association of Students of Electrical Engineering of Europe (EESTEC) in cooperation with the Faculty of Electrical Engineering, the University of Belgrade.

The second ABB Robo Challenge Student Competition was held in mid-November. A total of 12 formed teams competed in a 24-hour hackathon that involves working on a computer in the form of optimising a robot management solution in the ABB RobotStudio, software simulation environment. The two best teams made it to the finals and had the opportunity to implement their solution on a real ABB industrial robot.

Back in 2012, we established the annual award for the best student in a group of subjects from the Electrical Drives, the Faculty of Electrical Engineering, the University of Belgrade.

That is only part of what ABB has been doing for years to give students the opportunity to get the best possible application of knowledge in practice, and of course, we will continue to strive to provide them with an even better practical education.

EP: When it comes to renewable energy sources, ABB also has success in this regard. Is this year even better than the previous ones, given that things are slowly changing in Serbia and both companies and individuals are thinking about the renewables more and more?

Milan Jevremovic: Our company has been working on solar power plant projects since 1990, mostly in the field of solar inverters, but also in switchgears and substations for this application. The number of solar inverters we have installed so far is slightly less than two million units, and the total power of the solar power plants that ABB participated in exceeds 20 GW.

After a slight slack in the last two years, the solar power market in Serbia has awakened this year. For industrial plants, the construction of solar power plants has become cost-effective due to changes in the price of electricity and the fall in the price of equipment, which is why more and more companies in Serbia are opting to invest in solar power plants, even without state incentives. These are also the reasons why we sold another megawatt of solar inverters for three power plants this year. The installation of solar panels is also becoming profitable for households, and therefore a slight increase in installed solar panels on the roofs of houses across Serbia is quite logical. We expect that interest in solar energy will become even greater due to the new increase in the price of electricity that is about to come.

When it comes to other renewables, I must point out the important point that ABB participated in connecting all wind farms built in Serbia to the distribution system. It is very likely that some pieces of our equipment are contained in the wind turbines themselves, but we do not have this information since they come with the equipment already installed.

EP: In your opinion, what else does the state need to do to have more solar panels on the roofs of our buildings and houses since a significant number of sunny hours in Serbia enables the use of this energy?

Milan Jevremovic:The time of financial incentives for solar power plants has passed, both in the world and in our country, primarily due to falling prices and availability of equipment. The state should facilitate the procedures for construction and the possibility of transferring energy to the grid, and thus enable a larger number of small producers to connect to the system more easily. There is an economic calculation right now, but people give up because of extensive and complicated procedures. The state needs to simplify this, and then the number of solar panels on the roofs of our houses and buildings will increase.

We hope that “net metering” will be introduced soon, and the by-laws are being drafted by the Ministry of Mining and Energy, which would greatly help to promote this energy source. 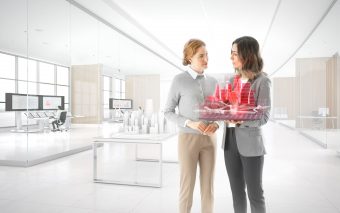 EP: Several wind farms have been built in Serbia, have any of them installed ABB equipment? Do you expect a higher share of wind farms in the energy mix?

Milan Jevremovic: As I mentioned earlier, ABB equipment is installed in all wind farms in Serbia. Starting with our biggest Dolovo wind farm with ABB protection and high voltage equipment installed at 400 kV plant, then in Kovacica wind farm – 220 kV plant where complete ABB equipment was installed, at 110 kV substation in Alibunar wind farm, and right next to it also 35 kV substation Mali Bunar. Besides, ABB’s equipment also exists in smaller wind farms in Kula and Pecinci, where our medium voltage equipment is installed. We will continue to participate in the construction of wind farms, as their number will increase in these areas since four more parks have been planned in Vojvodina, as well as the wind farm planned by EPS in Kostolac. There are also two reasons for this increase. The first is the new feed-in tariffs expected from the state, and the second reason is that, regardless of the state’s privileges, private individuals will make their arrangements for exporting that green energy or eventual sale in Serbia.

EP: ABB’s technological advancements have been built into the world’s second largest hydropower plant. Can you tell us a little more about that?

Milan Jevremovic: In the area of hydropower plants, ABB has comprehensive technological knowledge necessary for the optimised and efficient operation of the plant, from mini hydropower plants to large reversible hydropower plants. With a tradition of over 125 years in the development of technologies and solutions, ABB has acquired competence and experience through the execution of hundreds of projects around the world and through various services throughout the life span of the hydropower plant. ABB offers integrated solutions for instrumentation, control and all electrical equipment required in power generation – from planning to service support during exploitation. The seamless integration of energy and automation provides customers with comprehensive operational capabilities with all the information they need about the process, field equipment and electrical components.