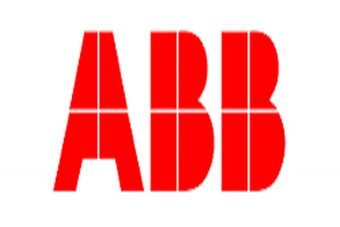 Last week, the U.S. government pledged to push the electric-vehicle industry toward charging a car in less than 10 minutes. Now, that sounds like a long time.

In Switzerland, a new line of buses can be topped off in a few seconds and fully charged in minutes. ABB received a commercial order from transit bus operator Tosa for its 15-second, 600-kilowatt flash charge technology, which will be installed along the bus route 23, between suburban Geneva and the airport. The project has been in pilots for the past few years.

The fully electric buses roll into bus stops as they usually would, but then a contact on top of the bus rises to meet an overhead charger. Thirteen of 50 stops have the charging technology. The flash charger delivers up to 600 kilowatts for 15 seconds. At the bus depot, the chargers fill up the bus in three to five minutes using 200 kilowatts.

The charge stations use supercapacitors, also known as ultracapacitors, which can store and release a lot of energy almost instantaneously, although they do not have the energy storage density of batteries. Because the bus line is most active during the day, it is also poised to take advantage of solar power. Here’s what ABB said about charging using superconductors: “The flash charger station…flattens out the demand by charging supercapacitors over a period of a few minutes while drawing a lower current from the grid. As this current is up to 10 times less than would be the case without storage, the connection can be made with a cheaper and more readily available low-power supply. Additionally, recharging of the supercapacitors is timed so that they are left discharged for longer periods when the bus service is running at lower frequency. As supercapacitors are aged by higher voltages, this ‘smart’ functionality allows the life of the supercapacitors to be doubled.”

It’s not the first time ABB has employed supercapacitors for advanced transportation energy projects. ABB worked with the Southeastern Pennsylvania Transit Authority to use supercapacitors to recover more braking energy from that agency’s trains and offer more flexibility to earn money in the PJM frequency regulation market.

As the demonstration project for the Tosa flash charger was underway in 2013, ABB said it was already competitive with diesel, and a future cost would be cheaper than diesel buses, although that assumption figured in rising fuel costs and dropping energy storage costs. While battery prices have come down, the price of oil has also plummeted.

Of course, the advantages go beyond price. The bus is quieter than the current diesel buses that Tosa produces and reduces carbon dioxide emissions. The bus will go into full service in 2018.