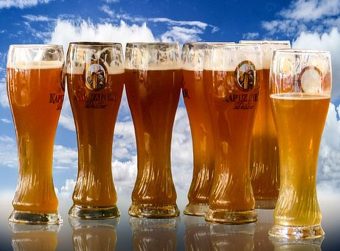 Anheuser-Busch InBev has committed to source 100 per cent of the power it purchases from renewable sources by 2025, making the brewing giant the latest in a string of high profile firms to switch to clean power.

The company announced yesterday that it will shift 6TWh a year of purchased power to renewable sources, making it a major new consumer of renewable energy in emerging markets such as Argentina, Brazil, and India. It expects to source 75 to 85 per cent of its power through purchase agreement with the remainder coming from new onsite renewable energy projects.

The move, which also sees AB InBev sign up to the RE100 initiative, is expected to make the company the largest single purchaser of renewable power in the global consumer goods market.

It calculated that the switch to renewable power will cut its operational carbon footprint by around 30 per cent, delivering emissions savings equivalent to taking 500,000 cars off the roads.

“Climate change has profound implications for our company and for the communities where we live and work,” said AB InBev CEO Carlos Brito. “Cutting back on fossil fuels is good for the environment and good for business, and we are committed to helping drive positive change. We have the opportunity to play a leading role in the battle against climate change by purchasing energy in a more sustainable way.”

The company, which owns high profile beer brands such as Budweiser and Corona, also announced yesterday it has started the transition through a deal with energy giant Iberdrola to provide 490GWh of renewable power to its giant Zacatecas brewery in Mexico.

The agreement is expected to increase Mexico’s wind and solar energy capacity by more than five per cent, with Iberdrola building 220 MW of wind energy capacity onshore in the state of Puebla to help deliver power to the site from the first half of 2019.

The announcement was welcomed by investors in AB InBev, who earlier this year wrote to the company urging it to consider switching to 100 per cent renewables.

“In the current political climate, with commitments to mitigate climate change under threat, it is even more important than ever that investors work together to encourage appropriate policy changes in the companies in which they invest,” said Eoin Fahy, Head of Responsible Investing at KBI Global Investor.

“In joining the RE100 initiative companies such as Anheuser-Busch InBev are pressing ahead with real and substantive changes to the way they do business. This is clearly in the best interests of the environment and society at large, and – importantly – AB InBev’s shareholders too.”