A third of global protected areas such as national parks have been severely degraded by human activities in what researchers say is a stunning reality check of efforts by nations to stall biodiversity loss.

Researchers found more than 90% of conservation sites, such as national parks and nature reserves, showed some signs of degradation from human activities including logging, mining, tourism and urbanisation and a third – or 6m square kilometres of protected land – had been severely modified.

The worst damage was found in highly populated parts of Europe, Asia and Africa, but researchers said there was significant degradation in all nations, including wealthy and less-populated countries such as Australia.

James Watson, the paper’s senior author and a conservation scientist at the University of Queensland, said the results were alarming and showed countries were failing to protect biodiversity even in places specifically identified for that purpose.

“These are the places that nations have said they are setting aside for nature’s needs not human needs.

“So for us to find such a significant amount of human infrastructure in places governments have set aside for safe-guarding biodiversity is staggering.”

He said there were some glaring examples in Australia, such as Barrow Island off the Western Australian coast, a nature reserve that is home to 13 mammal species and the Gorgon gas plant.

“Some of these species are found nowhere else on the planet and yet we allow significant human infrastructure to occur inside these boundaries,” Watson said.

“Australia should be setting the standard that other nations should look to and yet we are one of the worst behaved of the lot.”

Martin Taylor, conservation scientist at WWF Australia, said the Turnbull government’s proposal to downgrade high-level protections in sensitive marine parks, including critical waters around the Great Barrier Reef, was another example of industry being given precedence over conservation.

He said there was also a low level of public awareness of the extent to which a range of industries had been able to encroach on protected areas.

“The public just aren’t aware that these kinds of things are going on and we hope this paper builds awareness of it,” he said.

“The community expects a national park to be reserved for wildlife.”

In Australia alone, more than 1,800 plants, animals and ecological communities are known to be at risk of extinction.

Conservationists and scientists have described the situation confronting Australia’s vulnerable wildlife as a “national disgrace” and the systems that are supposed to protect it as broken. 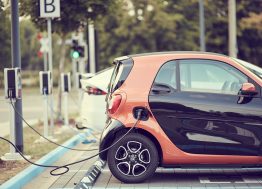